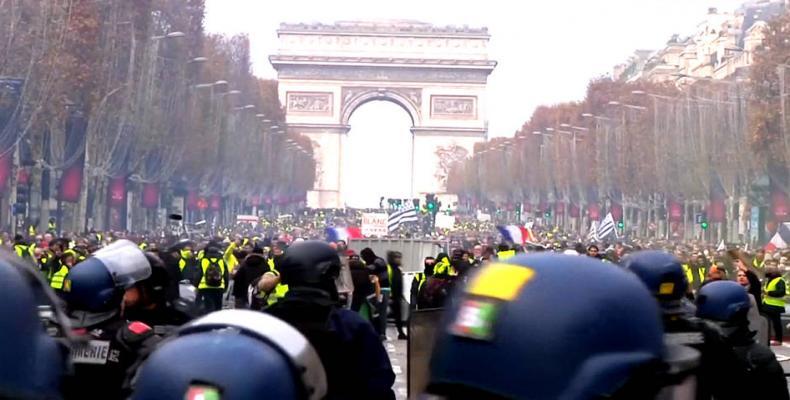 Paris, November 26 (RHC)-- In France, over 100,000 people took to the streets across the country over the weekend in ongoing protests against mounting fuel prices and calling for French President Emmanuel Macron to resign.

Some 8,000 protesters gathered in the capital Paris, where 5,000 police officers were deployed.  Protesters and police clashed on the Champs-Élysées, where police used tear gas and water cannons on protesters. Nineteen people were reported as injured, and 40 people were arrested.