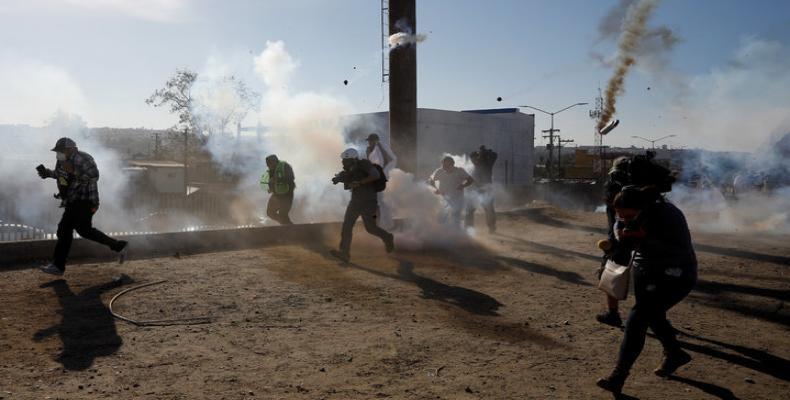 Washington, November 29 (RHC)-- The White House continues to defend the U.S. Border Patrol for firing tear gas into crowds of migrants -- including mothers and children -- as they tried to cross the U.S. border from Tijuana on Sunday.

Ronald Colburn, president of the Border Patrol Foundation and former national deputy chief of U.S. Customs and Border Protection, said: “The type of deterrent they used is OC pepper spray.  It’s literally water, pepper, with a small amount of alcohol for evaporation purposes.  It’s natural, you could actually put it on your nachos and eat it.  It’s a good way of deterring people without long-term harm.”

In a statement, CBP said it first acquired tear gas in 2010, and deployed the substance 126 times since 2012.  The data show tear gas use has increased under President Donald Trump, but is not exclusively a Trump phenomenon.