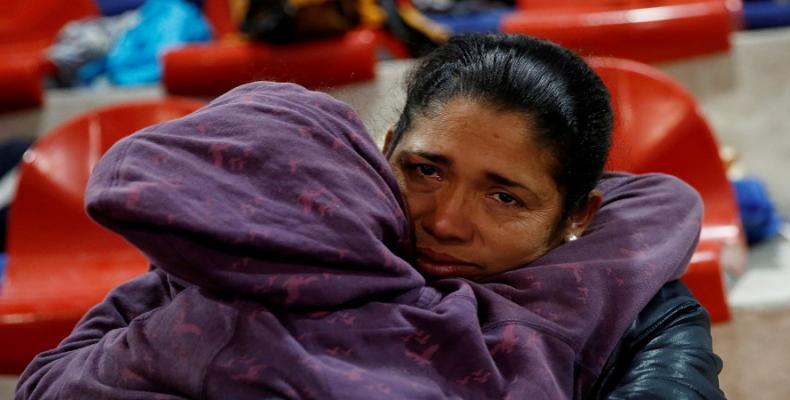 Tijuana, November 30 (RHC)-- Hundreds of Central American migrants -- who have been sleeping outdoors since they arrived in Tijuana, Mexico, three weeks ago -- began a hunger strike Thursday.

Claudia Miranda, a Honduran migrant, spoke at a gathering with the press and said: "We are going on a hunger strike.  We ask the United States, with all our heart, please speed up the political asylum... so we can enter, work, and show that we are not criminals."

According to the Movimiento Cosecha, hunger strikers demand an end to arbitrary, manipulated and involuntary deportations and to speed up the asylum-seeking process and publicly release the name of the deportees.

The striking migrants also asked that the incoming Mexican government provide a permanent solution for the refugees who want to stay in Mexico.