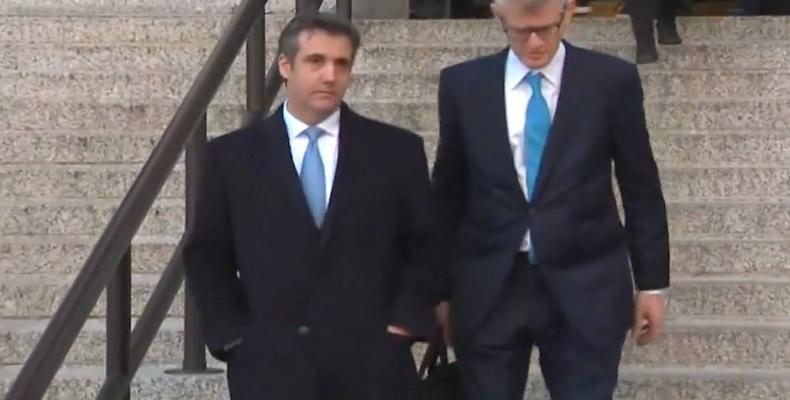 New York, December 13 (RHC)-- U.S. President Donald Trump's former personal lawyer, Michael Cohen, has been handed a 3-year prison sentence for paying hush-money on behalf of his client to women he had unlawfully connected with and for lying to Congress about a proposed project in Russia.

Manhattan’s District Judge William Pauley on Wednesday sentenced Cohen to three years in jail for the illegal payments, in addition to two months in jail for the false statements to Congress.  The two terms will run concurrently.

Cohen had pleaded guilty on both charges in a plea bargain with investigator for a reduced sentence.  Federal prosecutors asked a New York court to hand down a "substantial" prison sentence to President Donald Trump's former personal attorney.

Then on November 29, he pleaded guilty to an additional charge of lying to Congress over matters related to an investigation led by U.S. Special Counsel Robert Mueller.  The Mueller investigation probed Russia’s alleged collusion with Trump’s 2016 election campaign to influence voters.

Cohen, who had expressed remorse for his unlawful activities, said he had cooperated significantly with Mueller and his investigators.  Experts believe Cohen's cooperation with Mueller could have serious consequences for the president, including jail time.