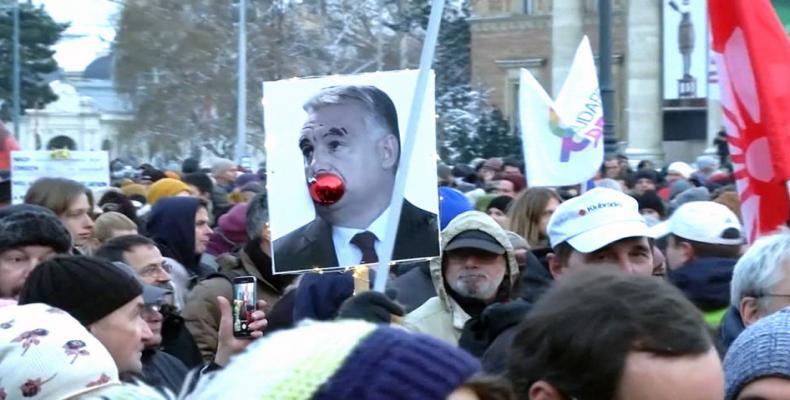 Budapest, December 19 (RHC)-- In Hungary, thousands of protesters took to the streets for a fifth straight day in opposition to far-right authoritarian Prime Minister Viktor Orbán. The protests were sparked after Orbán’s government created a new court system controlled by his party.

Protesters are also furious over new rules that allow employers to demand their employees work up to 400 hours of overtime, giving employers up to three years to pay for the extra work. Critics have called the rules “slave laws.”

The protests have targeted state-run TV and radio stations over their one-sided support for Prime Minister Orbán. Guards ejected two independent lawmakers from Hungary’s state television building after they demanded the broadcaster read out a petition from the protesters.