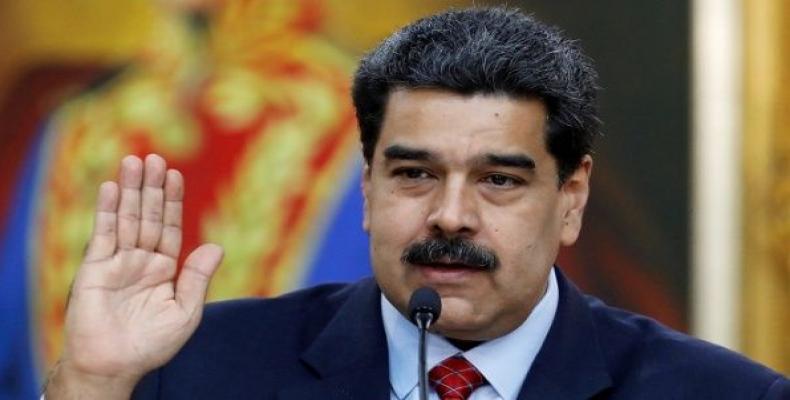 Caracas, January 26 (RHC)-- Venezuelan President Nicolas Maduro has affirmed that with opposition leaders in the country there has always been and there always will be dialogue, even though they assure that this is not the case.   "There are communication channels promoted by the government," said the Venezuelan president, but lamented that the right-wing in that country insists on unconstitutional and violent ways to try to overthrow his government.

At a press conference from Miraflores Palace, Maduro assured that dialogue is the vehicle for the ideal political approach to advance a way out from the country's problems, but that the right-wing does not keep its word in these talks.

"If I have to go to talk with him (opponent Juan Guaido), I am willing because I believe in the truth, I am a democrat, I am a man of my word.  Hopefully sooner rather than later the opposition will get out of the way of extremism and open a sincere dialogue," he added.   The Venezuelan president went on to denounce the international media campaign to misinform and destabilize the South American nation in the midst of a coup attempt by the right-wing in the South American country and endorsed by the government of the United States as well as its allies in Latin America.

The Venezuelan leader questioned why large media corporations do not reveal the destabilizing actions promoted by the opposition in the country, nor the breach of the laws of Venezuela.