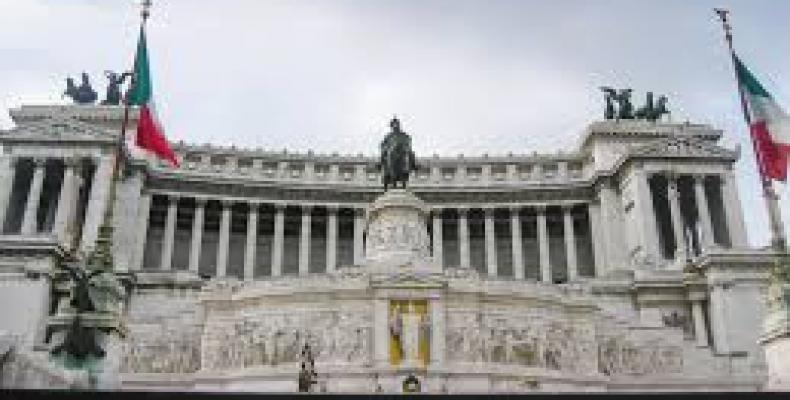 Rome, February 4 (RHC)-- the Italian government has withdrawn from the position assumed by the European Parliament and informed that it does not recognize Juan Guaido as "president in charge" of Venezuela.

"Italy does not recognize the self-proclaimed President Juan Guaido," Italy's Undersecretary of Foreign Affairs, Manlio Di Stefano, said.   The senior official explained that Italy is "totally against" that a country or a group of countries "can determine the internal policies" of a sovereign State.  "This is called the principle of non-intervention and is enshrined by the United Nations," Di Stefano said.

The Italian undersecretary of foreign affairs also expressed the Italian government's concern to prevent a warlike confrontation in the South American nation and stressed that "this same mistake was made in Libya, and everyone today recognizes it.  We must prevent the same thing happening in Venezuela."

Last Wednesday, the Italian Prime Minister, Giuseppe Conte, warned the international community that it is not "prudent" to support one of the opposing parties in Venezuela, since "an invasive attitude would generate more division in the world."  "We do not consider it opportune to rush to recognize investitures that have not gone through an electoral process," said Conte.