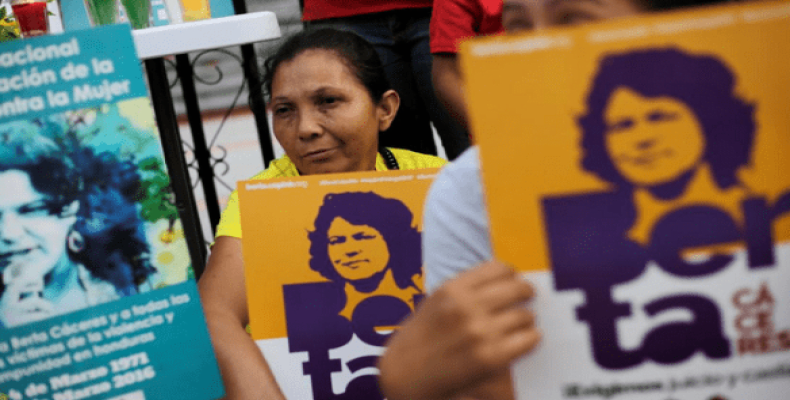 On Tuesday, the Honduran prosecutor's office presented evidence against Roberto David Castillo Mejia at a preliminary court hearing.  Castillo was president of DESA when Caceres was assassinated at her home in November 2016.

Caceres was a Lenca Indigenous and longtime activist against DESA’s construction of a major hydroelectric dam along the Gualcarque River that runs through sacred Lenca territory.  She won the prestigious Goldman Environmental Prize a year before her death.

Last November, a Honduran court found seven people guilty of the murder of the Indigenous land rights activist. Among them were two DESA employees -- Sergio Rodriguez Orellana, community and environmental affairs manager at DESA and Douglas Geovanny Bustillo, a retired general hired by DESA as security director.  An eighth suspect was acquitted at the time.

Since last March, prosecutors have been saying Castillo, as DESA CEO, was the mastermind behind the assassination, providing logistics and other resources to those already convicted in order for them to carry out the homicide.  He was arrested February 1st by the special Crimes Against Life unit of the Technical Agency for Criminal Investigation (ATIC).

Family members of Caceres and the Civic Council of Popular and Indigenous Organizations of Honduras (Copinh), founded by the activist herself, have long called for a retrial of the case because the presiding judge excluded them from certain parts of the trial. They formally denounced public defenders during the trial for abusing their authority and concealing at least 35 pieces of important evidence against the accused.