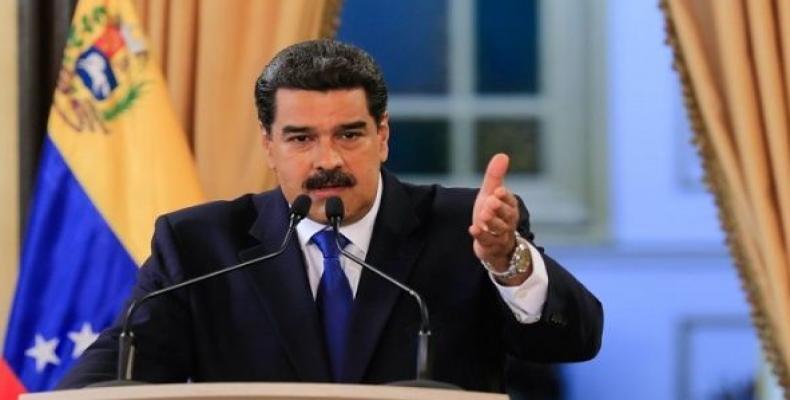 Caracas, February 8 (RHC)-- Venezuelan President Nicolas Maduro said Friday that while he rejects the final declaration of the EU-backed International Contact Group, he would be open to a delegation sent by the group in order to promote peace talks between the government and the right-wing opposition.

Maduro, delivering a press conference Friday, hailed the efforts by the Montevideo Mechanism initiative which is supported by Bolivia, Mexico and CARICOM, who also declined to sign the EU-sponsored resolution which set preconditions that infringe on Venezuela's self-determination.

"We think it is very important that from Latin America, peace initiatives should emerge respecting Venezuelan sovereignty," Maduro told a crowd of international journalists gathered at the presidential palace in Caracas.

“The governments of Mexico, Uruguay, Bolivia, and CARICOM signed a document called the Montevideo Mechanism, which respectfully gives way to a dialogue between Venezuelans … We are in the immediate disposition to accompany any action that promotes diplomacy, dialogue and meeting among Venezuelans."

The United States and its right-wing allies in Latin America have come out in support of a right-wing coup attempt against the Venezuelan government of President Maduro after they supported a decision by opposition lawmaker Juan Guaido to declare himself an “interim president” of Venezuela on January 23rd in violation of the country’s constitution.
In return, Maduro has repeatedly called for the restoration of talks between his government and the opposition in order to maintain peace and avoid a U.S.-backed coup, or even military intervention by the United States in favor of removing him and putting in an unelected right-wing government.

Answering questions about the so-called “humanitarian aid” that the United States has sent to Venezuela at the request of Guaido, President Maduro said that such an action is an attempt to violate national sovereignty “with a show presented by the administration of Donald Trump, who has repeatedly threatened a military invasion of Venezuela."