20 injured as hundreds demonstrate in Gaza against Israeli blockade 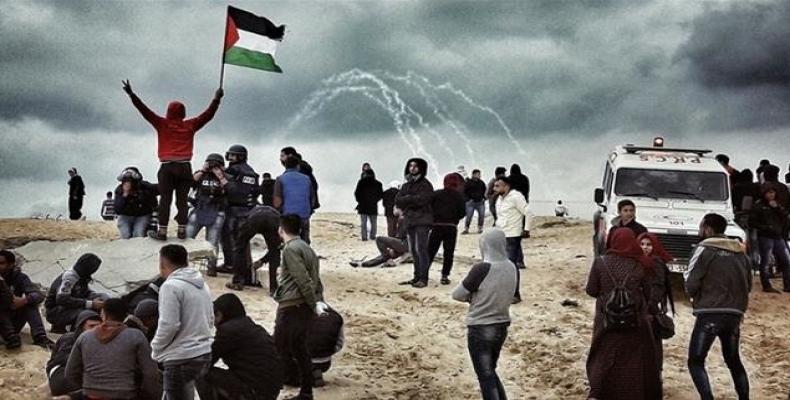 The spokesman for the Gaza Ministry of Health, Ashraf al-Qidra, said in a statement that 20 protesters were struck with live bullets on Tuesday as they participated in the 24th weekly naval march near Zikim naval base, which lies just north of Gaza.

The Gaza clashes reached their peak on May 14 last year, on the eve of the 70th anniversary of the Nakba Day (Day of Catastrophe), which coincided this year with the U.S. embassy relocation from Tel Aviv to occupied East Jerusalem.

On June 13, 2018, the United Nations General Assembly adopted a resolution, sponsored by Turkey and Algeria, condemning the Israeli regime for the death of Palestinian civilians in the Gaza Strip.