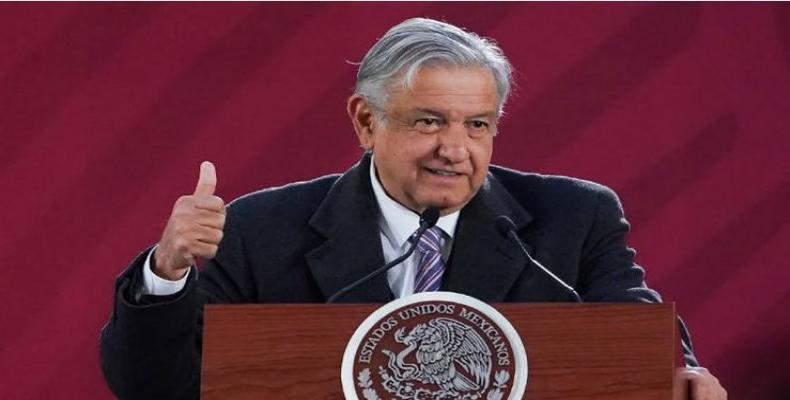 Mexico City, February 28 (RHC)-- Mexico’s President Andres Manuel Lopez Obrador has proposed his country as the venue for dialogue between the Venezuelan government and the opposition to find a peaceful resolution.

"The doors of our territory are open for dialogue and intermediation so that there can be dialogue (carried out) by Uruguayans, many diplomats of the world, the United Nations, including Pope Francis," said the Mexican president.

"I respectfully call on the parties in conflict to sit down and dialogue and seek a peaceful solution. I can do that because the Constitution speaks of the peaceful settlement of disputes, not polarization, not confrontation, not manipulation, much less to violence,” AMLO added.

He also said if the conflicting parties request, Mexico will always help in achieving peace through dialogue "for any country.” On many occasions, both the Venezuelan President Nicolas Maduro and other high-ranking officials have invited the opposition to have a proper dialogue.

However, the opposition has refused to meet with President Maduro and his administration. AMLO has expressed his position on numerous occasions, in support of democracy and dialogue while rejecting interventionism. "We have diplomatic relations with Venezuela and it has a constituted government and we are not going to break relations or disregard that government at this moment," Mexican Foreign Minister Marcelo Ebrard said in January this year.

The United States was quick to formally recognize opposition lawmaker Juan Guaido after he proclaimed himself "interium president," in violation of the country's constitution.

Washington’s right-wing allies in the region, along with European partners, followed suit in what the elected Venezuelan government of Maduro calls an attempted coup. Since then, the U.S. has approved fresh sanctions against Caracas including economic measures against the country’s national oil company.

In return, Maduro has repeatedly called for the restoration of talks between his government and the opposition in order to maintain peace and avoid a U.S.-backed coup, or even military intervention by the United States in favor of removing him and placing an unelected right-wing government.