Sixteen indicted for fraud in Berta Caceras case in Honduras 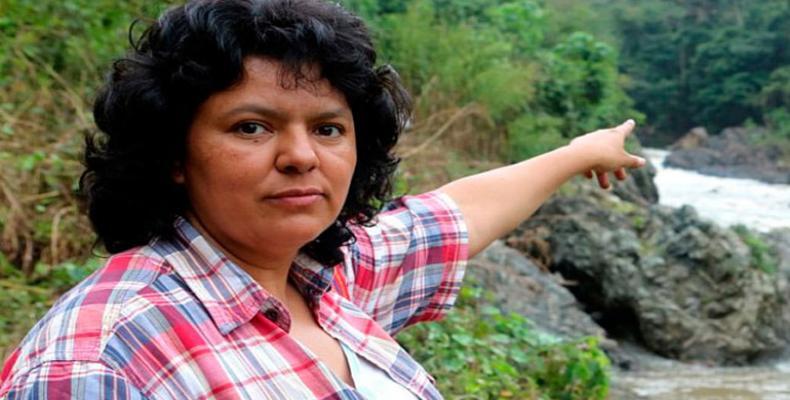 Tegucigalpa, March 6 (RHC)-- Three years after the assassination of Honduran Indigenous activist Berta Caceres, officials say they are indicting sixteen people on numerous counts of corruption in connection to the Agua Zarca dam that Caceres fought against until her death in 2016.

Sixteen people, including former state officials and current CEO of Energy Development (DESA) Roberto David Castillo Mejia, are being charged with fraud, falsifying state documents, abuse of authority, and negotiating illicit contracts in connection with the construction of the Agua Zarca dam that DESA was trying to build on Indigenous Lenca land in southwest Honduras until 2017.

Caceres, a co-founder and leader of the Civic Council of Peoples' and Indigenous Organizations of Honduras (Copinh), was killed in her home in La Esperanza, Honduras on March 3, 2016 by now-convicted members of the Honduran military and executives of the Energy Development company (DESA).

Caceres won the prestigious Goldman Environmental Prize in 2015, gaining worldwide attention for her tireless fight against the dam she and others said would cause widespread damage to the biodiversity and water sources of rural southwest Honduras and to the Lenca people and the Campesinos who live there.