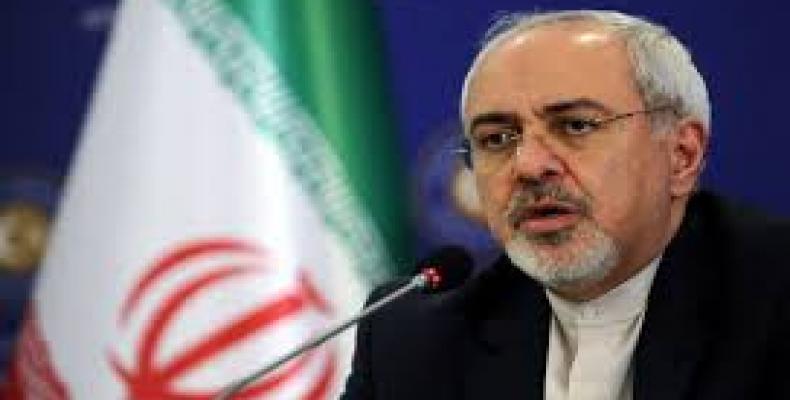 Tehran, May 8 (RHC)-- Iranian Foreign Minister Mohammad Javad Zarif says attempts by the U.S. and its clients to portray Iran as a “threat” will not help them get rid of their unpopularity among people in the region, which he described as the real cause of their safety concerns.

“If U.S. and clients don’t feel safe, it’s because they’re despised by the people of the region, blaming Iran won’t reverse that,” Zarif said.

Citing such alleged sense of insecurity, the United States said last week that it had dispatched an aircraft carrier strike group and a bomber task force to the Middle East in a “message” to Iran.

U.S. National Security Advisor John Bolton announced the deployment of troops and said that the measure was an alleged response “to a number of troubling and escalatory indications and warnings.”  A day later, Patrick Shanahan, the acting U.S. defense secretary, confirmed the remarks, saying in a number of tweets that the move “represents a prudent repositioning of assets in response to indications of a credible threat by Iranian regime forces.”  Neither Bolton nor Shanahan offered an explanation or evidence of the alleged Iranian threat.

The Guardian, meanwhile, cited one report that showed “information passed on by Israeli intelligence contributed to the U.S. threat assessment.”  Zarif chided Bolton’s way of “announcing” the deployment, which came only long after the USS Abraham Lincoln Carrier Strike Group had departed Norfolk, Virginia, on April 1st, for a “regularly scheduled deployment,” according to the U.S. Navy’s website.

“Bolton lacks understanding of military and security issues.  His remarks are more intended to serve as braggadocio,” Khosravi added.  He also cited the precedent of the U.S. military’s sustained defeats in the face of regional crises, saying: “It is unlikely that the U.S. military’s commanders and main components would be inclined towards testing the Iranian Armed Forces’ proven capabilities.”

Adding to his remarks, Zarif said: “The B-Team is at it again: From announcements of naval movements (that actually occurred last month) to dire warnings about so-called “Iranian threats.”

The U.S. has been pursuing a policy of “maximum pressure” against Iran under US President Donald Trump, which has Bolton as its top security aide.  The flagship piece of the policy has seen Washington reinstating draconian economic sanctions targeting the Islamic Republic.

Washington has been enlisting the assistance of its regional allies in implementing the policy. Recently, it said that it would target every country potentially buying Iran’s oil as of May 2 with “secondary sanctions.”

Saudi Arabia and the United Arab Emirates immediately reported that they would be making up for potential shortages of the Iranian crude.