Iranian foreign minister rules out possibility of talks with Washington 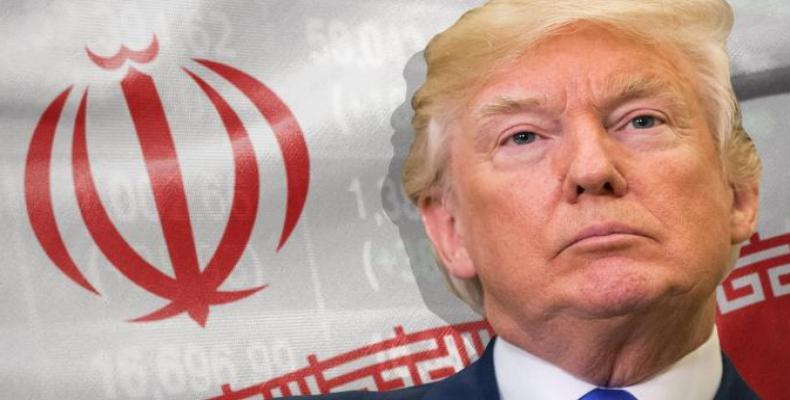 Tokyo, May 17 (RHC)-- Iranian Foreign Minister Mohammad Javad Zarif has ruled out any prospect of negotiation with the United States, calling the Washington regime a “bully” trying to force all others into acting illegally.

Zarif made the remarks to the Japanese media on Thursday during a visit to the country, reported the Kyodo News agency, which was represented at the presser. "No, there is no possibility for negotiations," Zarif said, when asked about whether he would be open to holding bilateral talks aimed at easing tensions between Tehran and Washington.

"This is the first time in history that a bully is telling everybody else, important countries, that 'I'm going to punish you if you observe something that I do not like," he stated. "Let us assume that a bully is standing in a cross section on the street and telling everybody, 'If you don't pass the red light, I'm going to beat you.' This is exactly what the US is telling them."

The U.S. has been deploying a policy of “maximum pressure” against Iran under President Donald Trump. Employing the policy, Washington left a multilateral nuclear deal, reached between Iran and the six major powers -- the US, UK, France, Russia, China, and Germany, last year.

It then reinstated the sanctions that had been lifted under the accord, and began threatening the countries not abiding by the bans with “secondary sanctions.” The moves came while the nuclear deal has been ratified in the form of a United Nations Security Council resolution, making Washington culpable for violating international law.

"This is economic terrorism, pure and simple," Zarif asserted. Zarif also criticized the European sides to the agreement for not fully fulfilling their commitments and Japan for going along with the US sanctions despite publicly supporting the nuclear deal, officially known as the Joint Comprehensive Plan of Action (JCPOA).

"I have to stress that it is important for all other members of the JCPOA to take serious account of their continued failure, because Europe unfortunately, while supporting [the] JCPOA verbally, has not been able to take any action. Unfortunately, our Japanese partners also have not taken action to implement [the] JCPOA," he said.

The White House, however, said in a statement issued on April 22 that the U.S. president decided not to renew waivers that allowed the eight major buyers of Iranian oil.

Also in his remarks, the Iranian foreign minister negated the possibility of any prisoner swap with the U.S. under the current circumstances, citing a number of preconditions set by Washington. "[The United States] is not in a position to impose preconditions on Iran," he noted.