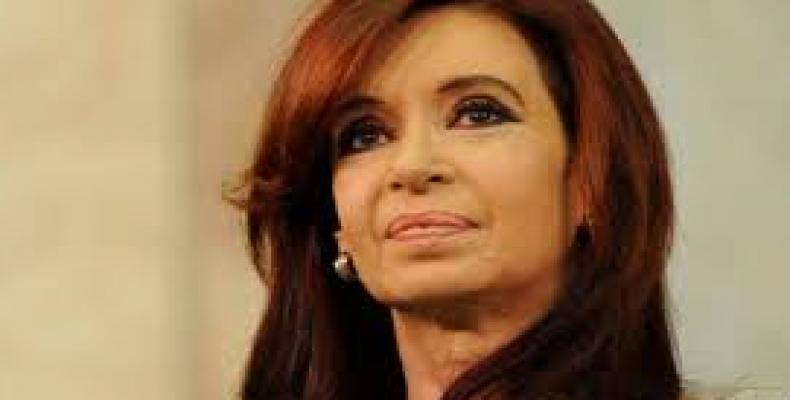 Buenos Aires, May 20 (RHC)-- Former Argentinian President Cristina Fernandez announced over the weekend that she will run for vice president in the upcoming October elections. Her running mate will be presidential candidate Alberto Fernandez.

During a 12-minute video released Saturday by the former president of Argentina, she said that her decision was because the "situation of the people and the country is dramatic." The current legislator added that she is "convinced" that she and Fernandez will be the "best formula for Argentina at this moment to summon the broadest political and social sectors."

Alberto Fernandez served as chief cabinet of ministers of Argentina under late president Nestor Kirchner and for Cristina during her first year in office. He later aligned with current president Mauricio Macri. In the video, Cristina Fernandez says she has had her "differences" with Fernandez who she has known for 20 years, saying she knows they are both capable of reach the widest possible consensus within the government.

The announcement comes as a surprise and a disappointment for many who, for the past year, had hoped the ex-leader would announce a presidential re-run.

Fernandez de Kirchner leads in several polls for the top spot and was predicted to garner 44 percent of the votes in a potential run against Macri who is expected to win only 39 points in a second round, according to a May 15 poll publication by Opinion Argentina (OA).

The favorite to win released a book "Sincerely" last week where, during a crowded book signing, supporters chanted for Cristina to confirm her candidacy as president. The current Congressmember made no clear indication of a presidential run at the time.

CFK said the decision to run as vice president, rather than the anticipated presidential seat ​​​​​​​in the October 27th polls, is because "the general interest of the people come before any personal ambition."

She went on to say: "We are going to have to begin to govern an Argentina once again in ruins, with a people once again impoverished," referring to the country's current 54 percent inflation rate, its highest since 1991. Unemployment also reached a peak in 2018 as there have been over 73,000 jobs losses among the private and public sectors between December 2015, when Macri took office, and July 2018.

The value of the Argentine peso also shrank by 50 percent last year due to the administration's selling off of pesos and dollar reserves. The new Cristina-Fernandez team will likely go up against Macri as incumbent at the polls.

"It is clear that the coalition that governs must be much wider than the one that wins the elections," said Fernandez de Kirchner in her video.​​​​​​​