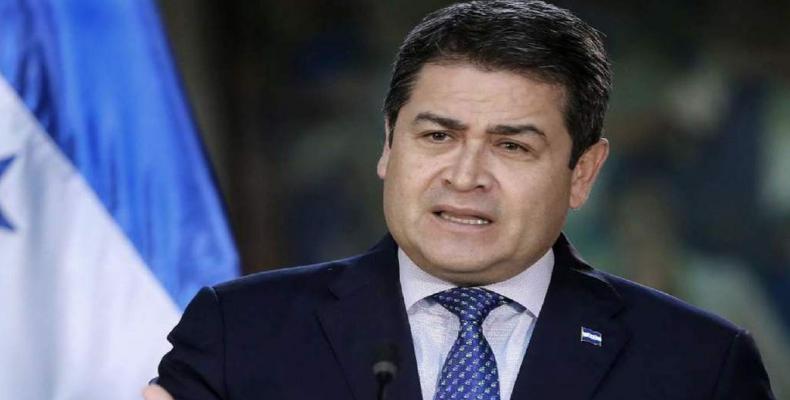 Tegucigalpa, June 1 (RHC)-- Honduran President Juan Orlando Hernández was targeted by the U.S. Drug Enforcement Administration, the DEA, in a large-scale drug trafficking and money laundering probe that began in 2013.

Court documents filed by prosecutors in Manhattan earlier this week are part of an ongoing case against Hernández’s brother, Juan Antonio “Tony” Hernández, who was arrested in Miami in November.  He is currently awaiting trial.  Eight others were also named in the court documents, including Honduran Security Minister Julián Pacheco.

Honduran President Hernández is denying the charges.  Hernández is a key U.S. ally in Central America and the Donald Trump administration recognized his 2017 victory in an election that was marred by widespread allegations of fraud.

Meanwhile, protests are continuing in Honduras against plans by President Hernández to privatize healthcare, pensions and education.  Thousands of teachers, medical workers and students are protesting the neo-liberal policies of Hernandez.  In recent days, protesters hit the streets of Tegucigalpa and the major cities, closing the capital city’s airport and drawing tear gas from police.

On high school teacher in the northern city of San Pedro Sula told reporters: “I am here because people are suffering; because I have students who don’t have anything to eat, who come to class hungry.  That’s why I’m here.”