Netanyahu's wife convicted of fraud and breach of trust 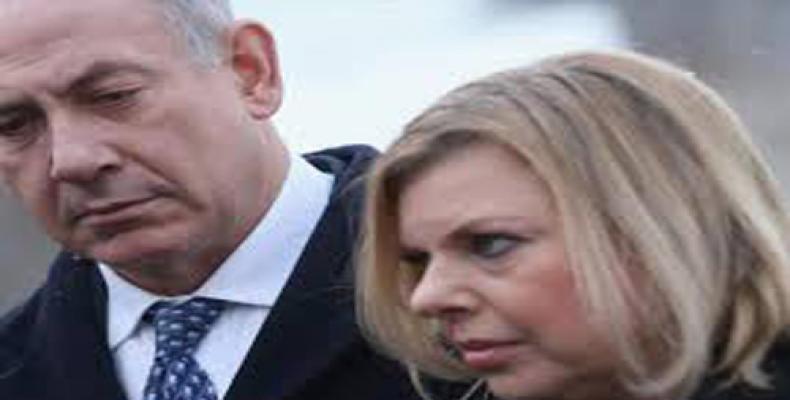 The court accepted a plea bargain in which she consented to admit having fraudulently exploited the mistakes of a government employee between 2010 and 2013, to spend more than $100,000 of state funds on catering hundreds of meals delivered by expensive restaurants, all of this despite having an in-house cook paid by the state.

Under the agreement, a fraud charge was reduced to a smaller offense and she will pay the state 45,000 shekels ($12,490 U$D) in reimbursement and a 10,000 shekel ($2,775 U$D) fine in compensation.  According to the plea deal, all corruption charges against her would be dropped.

After prosecutors abandoned the more serious offense, the judge approved the court agreement convicting her of the criminal charge of exploiting on purpose and for her own profit another person's misuse of state money.

Netanyahu's lawyer told the court his client had already been sufficiently punished by public humiliation during the highly publicized investigation.  The prime minister's wife has many times been subject to controversy throughout her husband's political career.  For instance, and added to the fraud case, she has been accused of severe mistreatment from employees.

Sunday's verdict just ended one of the cases against the Prime minister's family, although Benjamin Netanyahu still faces the high probability of three corruption charges before the end of this year.  While he could face up to 10 years in prison if convicted of bribery, fraud and breach of trust, he has denied all of the accusations.

The first of the three case concerns costly gifts allegedly received from billionaires in exchange for political favors.  The second and third involve conniving with the country's most important newspaper along with Israeli telecoms provider Bezek for favorable coverage and positive stories.