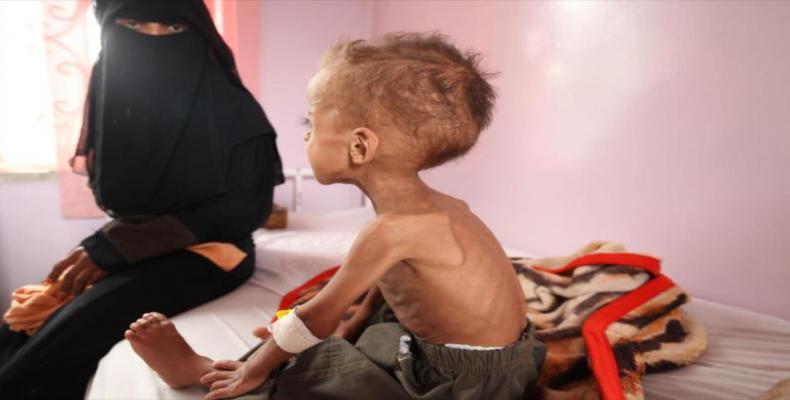 Sanaa, August 5 (RHC)-- Yemen’s Houthi Ansarullah movement and the United Nations food agency announce an agreement to resume the delivery of food aid, which has been suspended for the past six weeks in some areas of the Arab country.

The agreement was signed between the Houthis and the World Food Program (WFP) in the Yemeni capital city of Sana’a on Saturday.  Mohammed Ali al-Houthi, head of Yemen’s Supreme Revolutionary Committee, announced the deal in a tweet over the weekend.

“Cash distribution will soon begin, God willing, in accordance with the [WFP] mechanism,” al-Houthi said.  As a common method of extending aid, cash is distributed among those in need so they can buy goods.

Herve Verhoosel, a spokesman for the WFP, said in a statement on Sunday that technical details would hopefully be agreed in the coming days.  According to Yemeni media, the agreement includes forming a biometric database of civilians in need of aid in order to guarantee “effective and efficient distribution” and to “benefit the most needy.”  It also stipulates “total transparency” in the registration of beneficiaries and distribution of aid.

The aid ban resulted from a dispute over control of biometric data between the WFP and the Houthis in June. The UN agency had halted some aid in Sana’a, alleging that food was being diverted from vulnerable people. Yemen’s Houthi Ansarullah movement dismissed the allegation.

Yemen’s NAMCHA has accused WFP of exploiting the suffering of Yemeni people and spying on them by means of a biometric system.  The decision affected about 850,000 people living in Sana’a, out of the more than 10 million people in the Arabian Peninsula’s poorest country who rely on food provided by the WFP.

Yemen has been invaded by a coalition headed by Saudi Arabia. That invasion began in 2015 with a stated goal of eliminating the Houthis. It has failed to achieve its objective four years into the war but has devastated the country and caused a humanitarian crisis.

The U.S.-based Armed Conflict Location and Event Data Project (ACLED), a nonprofit conflict-research organization, estimates that the Saudi-led war has claimed the lives of over 60,000 Yemenis since January 2016.