Nearly 600,000 advised to evacuate as storm makes landfall in Japan 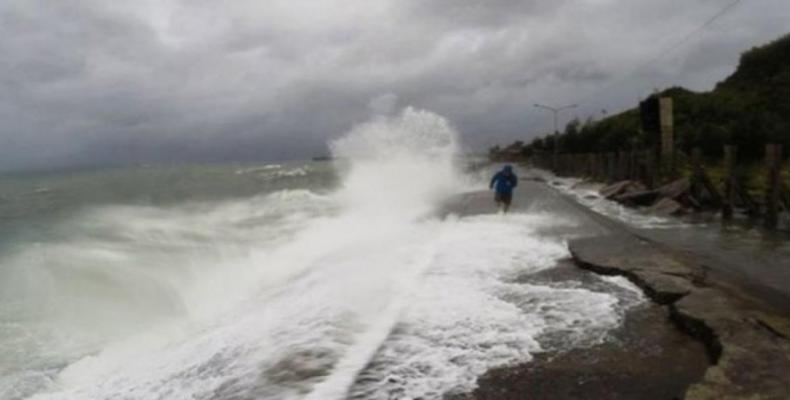 Tokyo, August 15 (RHC)-- Heavy rains lashed parts of western Japan on Thursday as tropical storm Krosa made landfall, forcing the cancellation of hundreds of flights and trains as authorities advised more than half a million people to evacuate.

Authorities warned the total rainfall in some areas could surpass 1,000 mm (39 inches) in 24 hours to Friday morning and advised some 584,100 people to evacuate as some rivers were verging dangerously close to flood stage.

Krosa, a Khmer word for crane, was packing sustained winds of 108 kmh (67 mph) and gusts up to 144 kmh (90 mph) when it made landfall in the western Japanese prefecture of Hiroshima, the Japan Meteorological Agency said.

“Given the predictions of record rains and high winds, we'd like to ask people in the affected areas to avoid going outside if they can, and to make early preparations to evacuate if needed according to directions of the local authorities,” Yoshihide Suga, chief cabinet secretary, told a news conference.

Despite the rain, there were no reports of flooding, and only a handful of injuries. One elderly man was in a critical condition after slipping off a wharf and falling into the sea.

More than 200 people died in torrential rains and flooding in parts of western Japan in 2018, areas that could also be hit by severe rains from Krosa — memories that some people said remained far too vivid.

“Given what happened last year, I came here really early,” one elderly man at an evacuation centre in Kure, which was badly hit in 2018, told national broadcaster NHK. He lost his home and is still living in temporary housing.   “I never want to go through things like last year again.”