Over 30 Gazans injured by Israeli troops 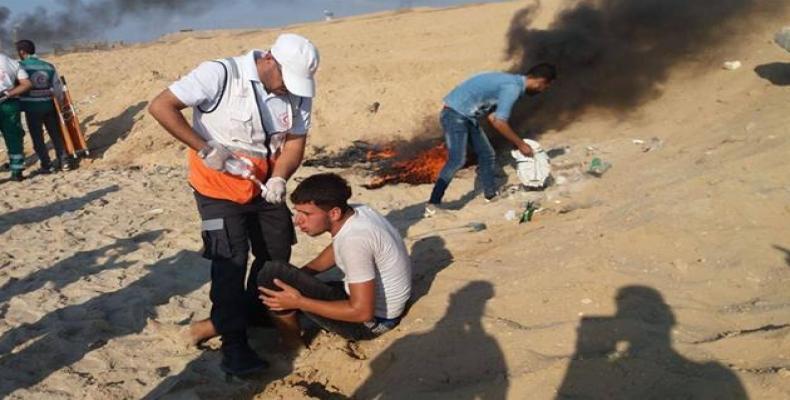 Ramallah, August 16 (RHC)-- More than 30 Palestinians have been injured during anti-occupation protests near the fence separating the besieged Gaza Strip from the occupied Palestinian territories.

Ashraf al-Qedra, the spokesman for the Gazan Health Ministry, said the Israeli forces shot and injured 20 Palestinians during the Gaza rallies on Friday.  According to the ministry, 13 other Palestinians sustained various types of injuries during the protests.

Palestinians have held weekly rallies in the area since last year to protest the siege on the enclave and stress the right to return of the refugees who have fled Israeli aggression since 1948.  At least 305 Palestinians have been killed by Israeli forces ever since the anti-occupation protest rallies began in the Gaza Strip on March 30, 2018.  Over 18,000 Palestinians have also sustained injuries.

Gaza has been under Israeli siege since June 2007, which has caused a decline in living standards.

Israel has also launched three major wars against the enclave since 2008, killing thousands of Gazans each time and shattering the impoverished territory’s already poor infrastructure.