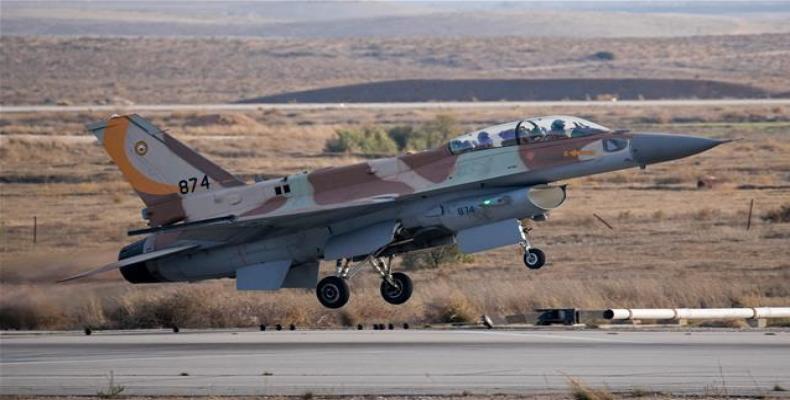 Gaza City, August 27 (RHC)-- An Israeli fighter jet has targeted a position of the Palestinian Hamas resistance movement in the central part of the besieged Gaza Strip as the Tel Aviv regime presses ahead with its acts of aggression against the impoverished Palestinian coastal sliver.

The Israeli army said “the aircraft bombed a Hamas observation post east of Juhor ad-Dik (village) in the central Gaza Strip.”  There were no immediate reports of casualties and the extent of damage caused.

The military claimed that the strike was carried out after four rockets were fired toward the Israeli-occupied territory.  Only one of the rockets reached the area, while the other three appear to have exploded within the Gaza Strip.

On August 22, Israeli warplanes bombed a round of sites in the Gaza Strip belonging to the Hamas resistance movement after several rockets were fired from the coastal enclave toward the occupied lands.

The Israeli army said at the time that warning sirens were activated near the Gaza border. There were no injuries in the rocket attacks.