Venezuelan president says relations with China at their best 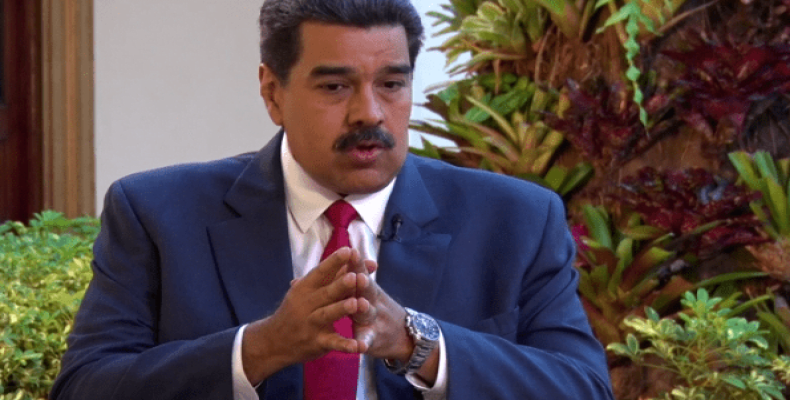 Caracas, August 31 (RHC)-- President Nicolas Maduro says he’s “determined to expand and increase Venezuela’s production” in the face of the U.S. economic blockade being placed on the South American nation.  Maduro told Chinese media his country is “resisting” the sanctions by promoting the nation’s agricultural, oil and mining sectors.

“We are determined to expand and liberate the productive forces of Venezuela, recovering macroeconomic equilibrium and, above all, creating ... social investment, the humanitarian project of Bolivarian socialism, of the Bolivarian Revolution of Venezuela,” Maduro said to Xinhua news agency during an interview in Caracas.

The president noted the “era of economic growth and prosperity” the country maintained between 2005 and 2015 is on the return, despite the “economic war of sanctions, blockade, (and) commercial persecution” by the United States’ Trump administration.  Maduro emphasized that these illegal measures have “forced” the nation to take on “resistance economy” that is moving toward “expansion” and “sustainability.”

“With our sustainable economic growth, (we can) resolve the international financial problems we have,” said Maduro, adding that his administration is creating an economic plan that will focus on incentives for the agricultural sector along with oil, gold, diamond and other minerals. The government is also in the process of expanding its “pharmaceutical, textile, and automotive sectors"

When asked about the 45th anniversary of diplomatic relations between China and Venezuela, Maduro said he feels that the “current relationship” between the two nations “are at their most optimal point of cooperation and collaboration.”

The president said that he and Chinese leader Xi Jinping have established strategic plans and bilateral agreements “in the commercial, energy, financial, and technological” sectors.