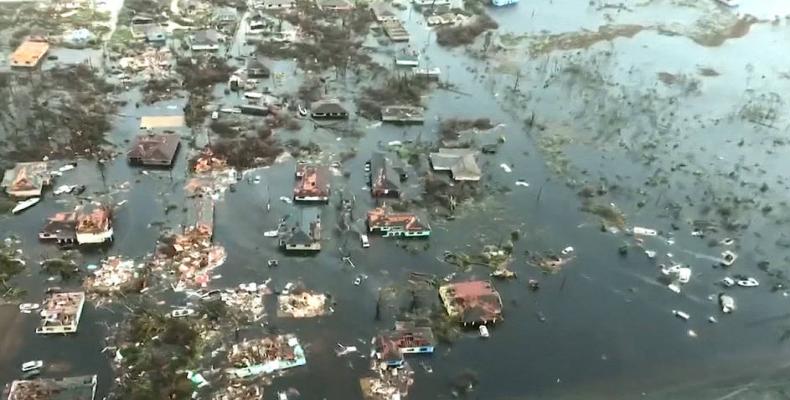 Nassau, September 4 (RHC)-- The Bahamas have been left utterly devastated after the Category 5 Hurricane Dorian ravaged the island nation.  The death toll has gone up to at least seven people in the Bahamas as the island continues its rescue efforts.

Dramatic images reveal the extent of the damage, with entire neighborhoods decimated by Dorian.  On the islands of Abaco and Grand Bahama, as many as 13,000 homes have been destroyed or heavily damaged.

Some reports say 70 to 80% of the affected areas remain underwater, including the Grand Bahama International Airport.

New York Congressmember Alexandra Ocasio-Cortez tweeted about the disaster: “This is what climate change looks like: it hits vulnerable communities first.”  Residents of Florida, Georgia and the Carolinas are now bracing for the storm as it heads toward the U.S. as a downgraded Category 2 storm.