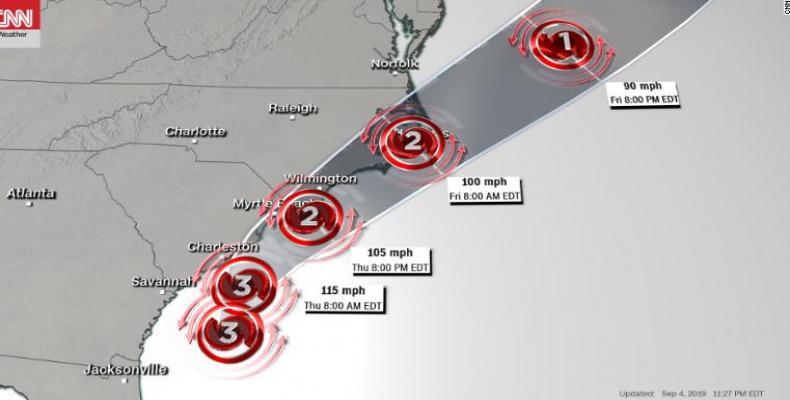 Miami, September 5 (RHC)-- As Hurricane Dorian continues moving up the southeastern U.S. coast, South Carolina was feeling its effects Thursday morning.  The storm had lost some of its strength after hitting the Bahamas.  But it intensified again into a Category 3 storm Wednesday night, with maximum sustained winds of 115 mph, according to the National Hurricane Center, based in Miami.

The South Carolina cities of Charleston, North Charleston and Mount Pleasant are under a flash flood warning until 10:15 a.m. ET, the National Weather Service in Charleston said Thursday morning.