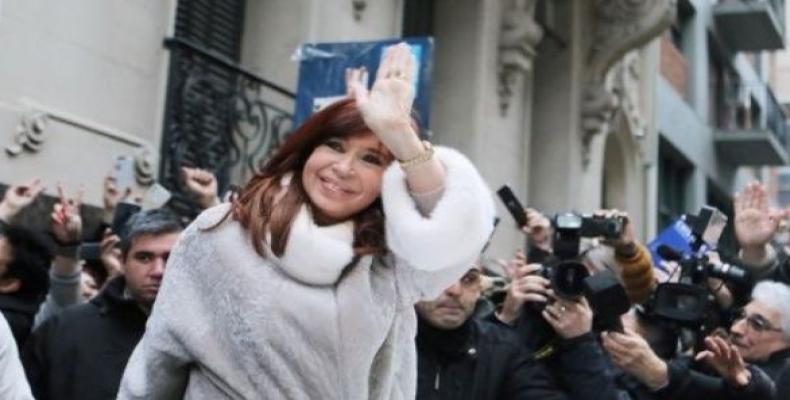 Buenos Aires, September 9 (RHC)-- The former president of Argentina, Cristina Fernández de Kirchner, proposed a rethinking of the situation of the South American country in the face of the financial crisis it is going through and proposed to establish a new social contract to move forward.

Fernández, who went to the city of Posadas, capital of the province of Misiones, in northeastern Argentina, to present her book "Sincerely," insisted on the need to make a great effort by everyone to bring order the country, not the old order, but something new, different and better than what Argentina had.

The senator and vice presidential candidate of Argentina, on the Frente de Todos ticket with Alberto Fernández, said that "rather than rebuilding economic activity, we have to rebuild many things."

Fernández, former president of the South American country between 2007 and 2015, referred to the International Monetary Fund (IMF) and the country's relationship with the agency.  "It was 47 years of debt that Nestor (Kirchner) canceled in 2005."  Outside the auditorium, followers of the senator also gathered, bringing together more than 10,000 people, according to sources from the Frente de Todos coalition.

"There were 47 years of indebtedness with the Fund and permanent renegotiation.  It was 10 billion dollars and it turns out that in three and a half years it is now 57 billion."

And Cristina Fernandez said that this debt should not be at the expense of the Argentinean people."