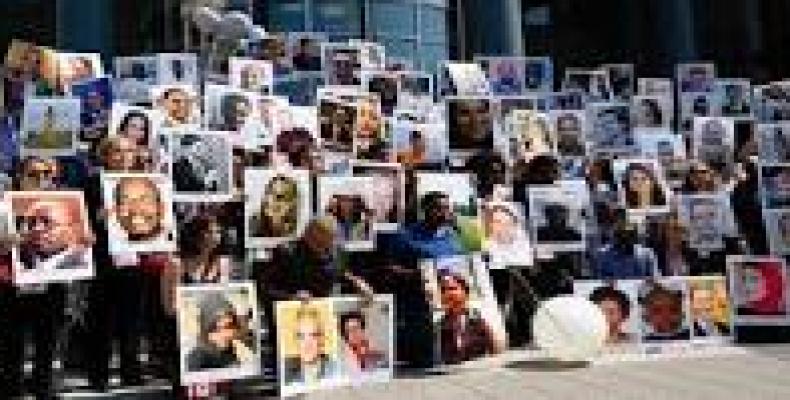 Washington, September 13 (RHC)-- In Washington, D.C., families of passengers who died in the crash of Ethiopian Airlines Flight 302 marked the six-month anniversary of the disaster by demanding the FAA deny Boeing a recertification of its 737 MAX airliner.  All 157 people aboard the Ethiopian Airlines flight were killed after the plane’s software put it into a dive that the pilots were unable to recover from.

The disaster followed another crash of a Boeing 737 MAX plane less than five months earlier, which killed all 189 people aboard a Lion Air flight off the coast of Indonesia.

Clariss Moore, whose 24-year-old daughter Danielle was killed in the Ethiopian crash, joined a protest in Washington outside the Transportation Department’s headquarters.  She said: “I got robbed. We all got robbed, because this is preventable accident.  It is not an accident.  They should have grounded the plane after the first crash.  Instead, knowing it has flaws, yet they let it fly, and took away one of the most important persons in our lives.”