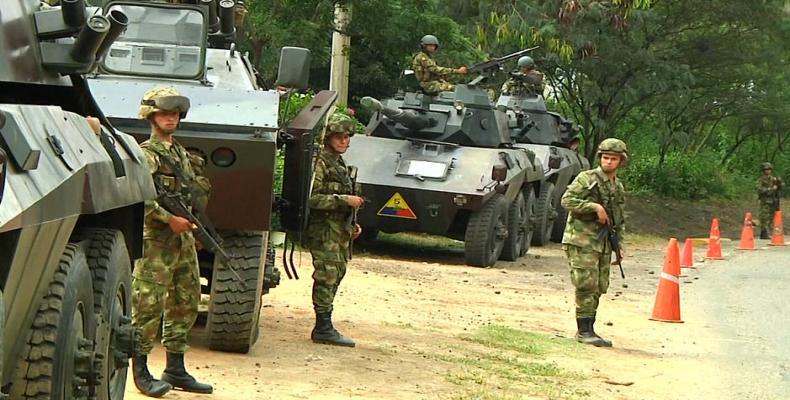 Bogota, September 18 (RHC)-- From the beginning of the electoral campaign on July 27 until September 16, political violence in Colombia have left 40 candidates threatened with death, 2 candidates kidnapped, 5 candidates victims of attacks and 7 candidates killed, according to the Mission of Electoral Observation (MOE), an independent platform of social organizations which promotes the exercise of civil and political rights.

So far, the National Protection Unit (UNP) has received 496 “special custody” applications submitted by candidates claiming to be at risk. However, the Colombian government has only been able to provide some form of protection to 236 politicians.

President Ivan Duque promised on Monday that all applications for candidate protection will be handled in the next 72 hours.

“All of the requests for protection that have been received so far need to be up-to-date in the next 72 hours... We are concerned about violence against candidates... Four years ago, six candidates were killed and 22 attacks were presented. Now, we have witnessed, with difficulty and pain, seven crimes,” Duque said.

The MOE also warned that only 0.47 percent of the Colombian candidates have made adequate reports on the origin of the money used for their political campaigns.

“Drug trafficking and corruption increase the risk that money coming from illegal activities will enter the electoral campaigns and be used to misrepresent the free expression of citizens through the polls,” the MOE said and highlighted its concern for the little control Colombian authorities are doing to the electoral campaigns financing.