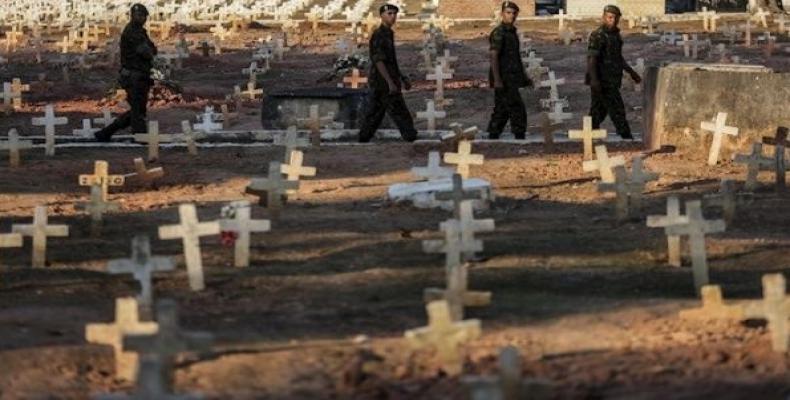 The 2019 CDHM report was prepared following several standardized procedures that countries must meet to submit human rights periodic evaluations.  Among other things, the document's elaboration involved dozens of meetings and hearings between lawmakers, officials and citizens.

From this consultation process, 246 recommendations were obtained, most of which are related to such issues as budget cuts, ideologization of education, reduction of HIV-related policies, black youth killings, police lethality, summary executions and torture.

“Brazil faces the recessive effects of an aggressive austerity policy. Constitutional Amendment 95, enacted in 2016, has frozen public spending and investment for 20 years, preserving external debt interest payments. This implies a reduction in all public policies and an inequality increase," the CDHM denounces.

The worsening of the Brazilian population's living conditions has been associated with the dismantling of public policies, which began at the government of Michel Temmer, who recently admitted that a "technical" coup d'etat against Dilma Rousseff allowed him to reach the presidency on August 2016.

As a result of the return of neo--liberalism, the income of the richest Brazilians has risen, as poverty has increased from 25.7 percent in 2016 to 26.5 percent in 2017.  In the same period, the extremely poor jumped from 6.6 percent to 7.4 percent.

"The richest one percent of the population now earns 28 percent of Brazil's total income, which is the world’s second largest income concentration...  Misery, which had been falling since the redemocratization of Brazil, has grown again.  The middle class has shrunk its income share.”

The deterioration of democratic institutions and the impoverishment of the population have been accompanied by a systematic criminalization of human rights defenders, environmental activists and social leaders.