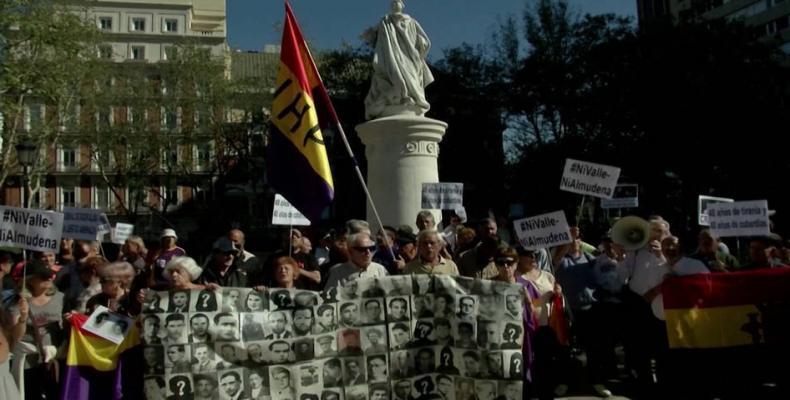 Madrid, September 25 (RHC)-- The Spanish Supreme Court has ruled in favor of exhuming the remains of former dictator Francisco Franco, who was buried in a state mausoleum in 1975.

The ruling was a victory for victims of Franco’s regime who have long argued he should not be recognized in any public site.

Pablo Mayoral, who was imprisoned for two years during Franco’s regime, welcomed the court’s decision.  Mayoral said: “A fascist, Nazi dictator like Franco can’t be publicly recognized in the Valley of the Fallen or in the Almudena Cathedral or in any public site.  The remains should be given to the family to be kept in the family site.”