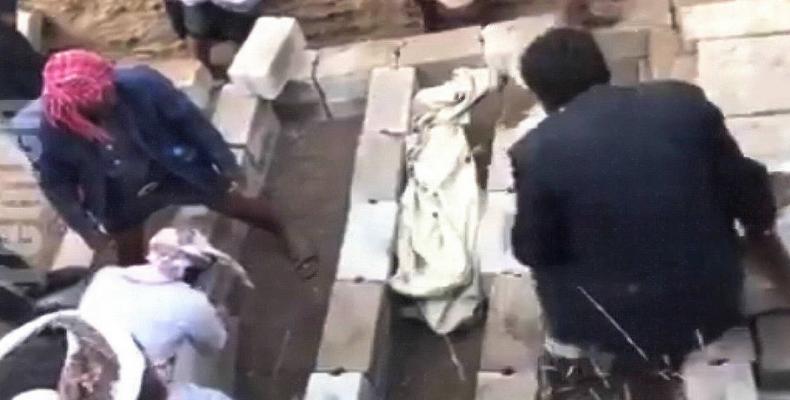 Rome, September 27 (RHC)-- The international human rights group Amnesty International has denounced that a U.S.-made precision-guided munition was used in a Saudi and Emirati-led air strike carried out on a residential home in Yemen’s southwestern city of Ta'izz.

The air strike killed six civilians -- including three children in Warzan village in the directorate of Khadir in late June this year.  Among the six civilians killed in the attack were a 52-year-old woman.

Amnesty International says it has investigated dozens of sites affected by Saudi-led coalition’s airstrikes since the beginning of war on Yemen in March 2015.  The international human rights group it has frequently discovered U.S. munitions amongst the rubble of civilian markets, homes and hospitals in the war-ravaged Yemen.

According to Amnesty International, the munition used in the Warzan attack was a Paveway laser-guided bomb manufactured in the U.S. by a company called Raytheon.  The London-based organization has argued that arms-supplying states cannot bury their heads in the sand and pretend they do not know their weapons are used to carry out attacks against civilians or civilian objects.

The United Nations Human Rights Council estimates that the conflict in Yemen will have killed over 233,000 Yemenis by year end both as a result of the fighting and the humanitarian crisis.