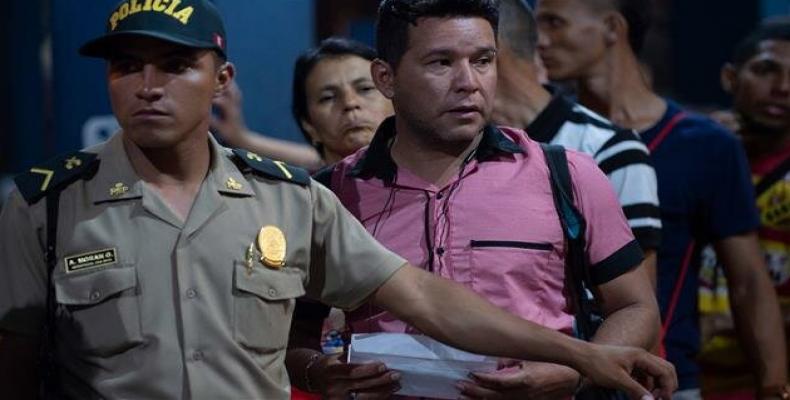 Caracas, October 4 (RHC)-- Venezuelan President Nicolas Maduro has accused his Peruvian counterpart, Martin Vizcarra, of allowing acts of xenophobia, aggression, and hate crimes against Venezuelan migrants in Peru.  Maduro also said that neighboring countries that are members of the Lima Group are promoting a discrimination policy against Venezuelans as part of a U.S.-orchestrated political campaign to undermine his administration.

Maduro's comments come after recent cases of violence against Venezuelan migrants in the streets of Peru became known through social media.  Although the Peruvian government dismissed the accusations, Maduro insisted that Peru's government is a promoter of xenophobic crimes against the defenseless population of Venezuelan expatriates in Peru.

Observers say xenophobia against Venezuelans has also expanded in Ecuador, Brasil, Colombia, Argentina, and Chile along this year.  Caracas says those governments are doing nothing to stop it and says they must be punished by International Law.