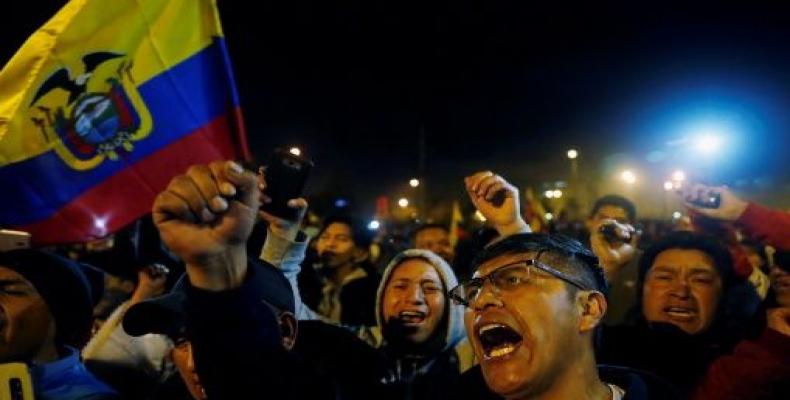 The decree, which established austerity measures to satisfy the IMF, the International Monetary Fund, was dropped after protest leaders demanded it be suspended.

Sunday afternoon, representatives from the Confederation of Indigenous Nationalities of Ecuador met with President Lenín Moreno with the mediation of the Episcopal Conference and United Nations of Ecuador.

Addressing the recent austerity measures taken by the government, the President of the Confederation of Indigenous Nationalities of Ecuador (Conaie), Jaime Vargas, said: "It is a measure that affects the poorest sectors.  Price increases in transportation do not benefit our people.  The measures generate social injustice and have no fiscal coherence.  They are measures that have caused a social upheaval and million-dollar losses to all economic sectors of the country.  Repeal Decree 883 and let's seek together prosperity and social justice."

After several hours of talks, the government relented.  A commission will be set up to write a new decree and the nationwide strike has been suspended.  However, some members of the opposition are warning that the government may try to push through a new decree with essentially the same austerity measures and only minor changes.

After 11 days of protests, 10 people were killed, dozens injured and more than 1,100 were arrested.