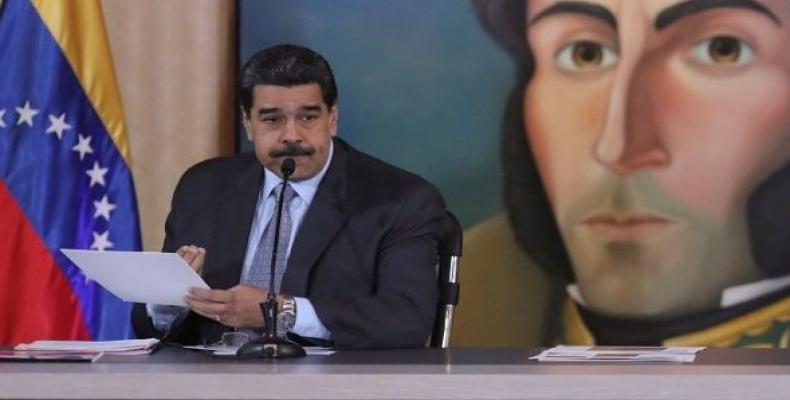 Caracas, October 18 (RHC)-- Venezuela’s President Nicolas Maduro on Wednesday said that in the coming days he will present new evidence about the destabilization plans that the Venezuelan opposition intends to execute in November and warned that organizers of violent forms of protest (“guarimbas”) will be brought to justice.

"We are going to bring evidence of some guarimba attempts which they intend to execute in November," Maduro said, adding that "jail is what awaits the guarimberros, those who get into guarimbas again."

The Venezuelan president also announced that he will take all necessary measures to guarantee peace in Venezuela, a country where the majority of the population does not use violent mechanisms to express their political positions.

"We are focused on working for Venezuela. I always say that when new threats of guarimbas appear, the country's great vaccine is work and production."