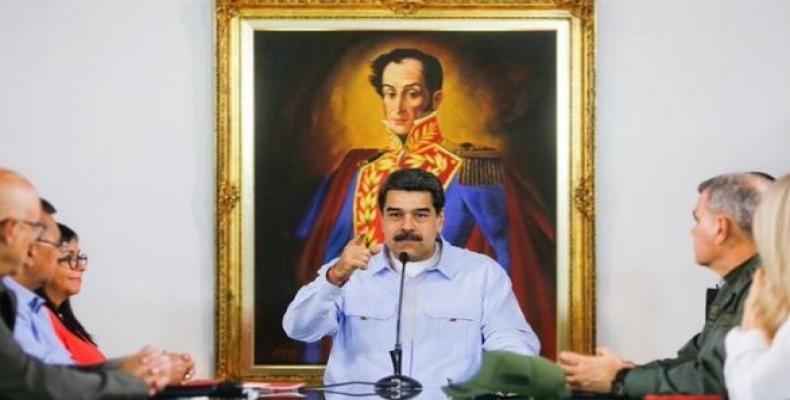 Caracas, October 23 (RHC)-- Venezuelan President Nicolas Maduro has called on the countries of the world to stand against what he called a coup in Bolivia and to show solidarity with President Evo Morales.   "Let's raise the solidarity flags and we will mobilize against the coup in Bolivia and Latin America, against fascism as expressed at the moment," Maduro said.

Maduro's comments come just hours after Evo Morales warned that a coup was underway in his country by right-wing forces.  They are refusing to accept or wait for the final results of Sunday's election which have so far shown that Morales has won the first round, also winning the presidency with a 10 percent lead over right-wing candidate Carlos Mesa.

The Venezuelan president announced he would be attending the summit of the Non-Aligned Countries Movement held in Baku, Azerbaijan, where he will conclude his country's presidency of the organization.   He also gave updates on the progress made in relation to the country's cryptocurrency, which he said will be used for vacation bonuses, while confirming that some companies are already accepting it for transactions.

The Venezuelan president expressed his solidarity with the protests in Chile and called on the government to halt its repression against the demonstrators.   "Hopefully, the infamous repression against the Chilean people will cease, a dialogue will be opened and the Chilean people will be able to summon the power of a Constituent Assembly so that peace is restored and a change in the nation can be achieved," said Maduro.