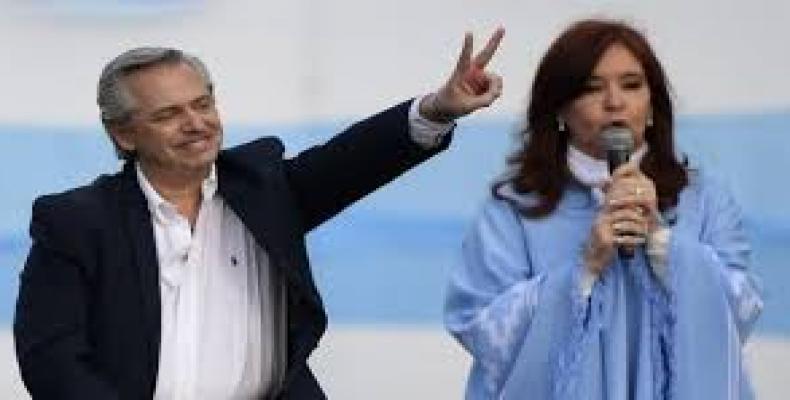 According to a survey from the Projeccion Management and Consultoria, one hour after the polls closed in Argentina:

Around the country, in an overcast Buenos Aires, amid the Pampas farmlands and the vineyards of Mendoza, polling stations opened their doors at 8 a.m. local time.  Voting ended at 6 p.m. and local media said first official results were expected by 9:00 p.m. local time.

The ballot is effectively a referendum between Macri's austerity and the "social contract" of the left-leaning opposition, who have attracted voters hurt badly by the Macri's neoliberal model that led to the most severe economic crisis in decades.