Alberto and Cristina win in Argentina, defeating Macri in first round 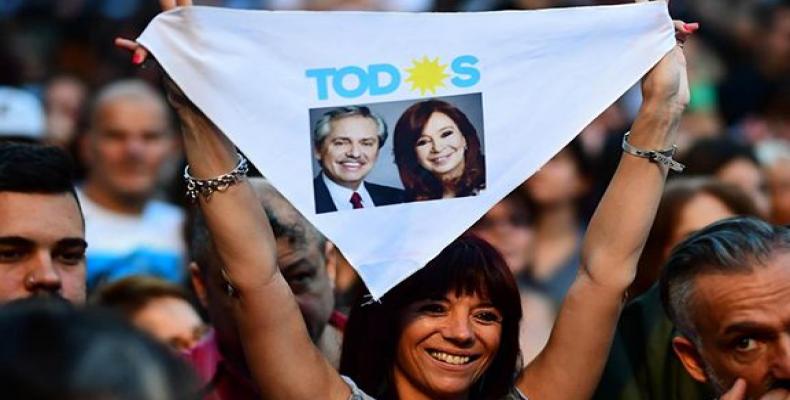 As the candidates needed 45 percent of the vote or 40 percent with a 10-point lead over the runner-up to avoid a second round, the 47 percent obtained by the Fernandez-Fernandez ticket has been enough to give them the win in the first round.

On Sunday evening, President Mauricio Macri delivered a concession speech, acknowledging that he had lost the electoral race.

The ballot was effectively a referendum between Macri's austerity and the "social contract" of the left-leaning opposition, who have attracted voters who have been hurt badly by Macri's neo-liberal model that led to the most severe economic crisis in decades.

The economy has taken center stage with the country in the grip of recession for most of the last year, the outlook for growth darkening, annual inflation over 50 percent, job numbers down and poverty up sharply.

The conservative incumbent won backers with plans to reform Argentina's notoriously closed economy with trade deals and a successful push to lure foreign investment into energy projects and infrastructure.

Voters also chose presidential candidates, along with deputies, senators, governors and local leaders.  Meanhile, the Front of All candidate for governor of Buenos Aires' province, one of the most important of the country and key for general elections, also won with over 10 points over Macri’s candidate Maria Eugenia Vidal, as the latter conceded late on Sunday.