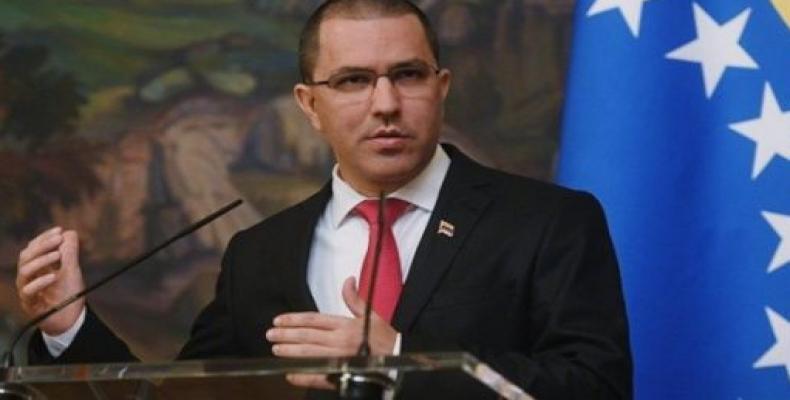 Caracas, November 3 (RHC)-- Venezuela has announced its decision to declare members of the diplomatic personnel of El Salvador in Caracas persona-non-grata, giving them a period of 48 hours to leave Venezuelan territory.

In a message on the social network Twitter, Venezuelan Foreign Minister Jorge Arreaza said that Salvadoran President Najib Bukele has now officially assumed “the role of a pawn in U.S. foreign policy."

In a statement, the Venezuelan Ministry of Foreign Affairs reported that in accordance with the principle of reciprocity, diplomatic personnel from El Salvador are being expelled from Caracas -- following the Salvadoran government's decision to expel Venezuelan diplomats.

The Foreign Ministry statement reads: "Those rulers who take advantage of the popular will to subordinate themselves to the designs of the Empirem sooner rather than later, end up condemned to ostracism and the general repudiation of their people."

"The Bolivarian Republic of Venezuela confirms that it will always be at the service of El Salvador to consolidate peace, sovereignty, independence and integration," the document said.

"No passing farce will affect the deep and historic ties that have united and will continue to unite the Salvadoran people and the Venezuelan people."