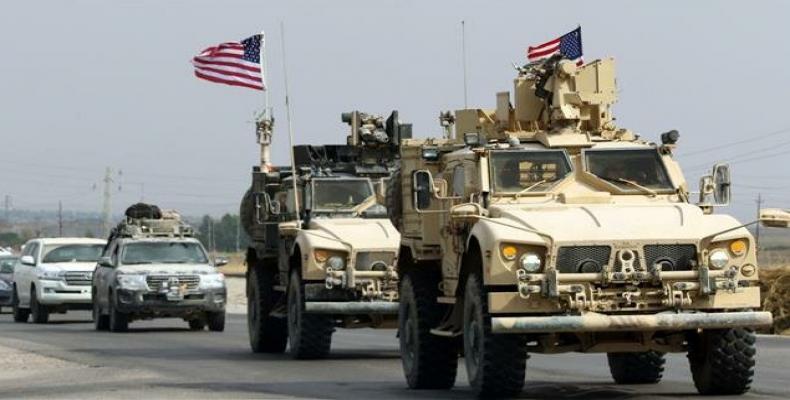 Moscow, November 7 (RHC)-- The long-anticipated U.S. pullout from Syria appears to have been postponed, with Pentagon sources claiming some 800 troops will stay behind to “guard” Syria’s oil, in a mission even pro-war U.S. politicians are calling “reckless.”

In Moscow, the Russian government slammed the illegal U.S. presence in Syria amid reports of new military bases being built in a northeastern oil-rich province.

U.S. troops will occupy a large area stretching 150 kilometers from Deir ez-Zor to al-Hasakah, the Trump administration announced earlier this week.  A total of about 800 troops will be stationed in the country, with some 600 in the Kurdish-controlled northeast plus the 200 currently garrisoned at al-Tanf in the south, anonymous administration officials told the Associated Press.

The decision appears to cancel out President Donald Trump’s promise made last month to bring home the 1,000 troops stationed in Syria, representing another triumph of the hawks in his administration over the president’s non-interventionist impulses.  Trump has repeatedly bragged “We’re keeping the oil.”

The U.S. is building two new military bases in Deir ez-Zor, according to Turkish media reports, indicating Trump is settling in for the long haul.  One base, near the town of Rmelan in al-Hasakah province, is reportedly situated near some 1,300 oil wells and fills up approximately 4 square kilometers.