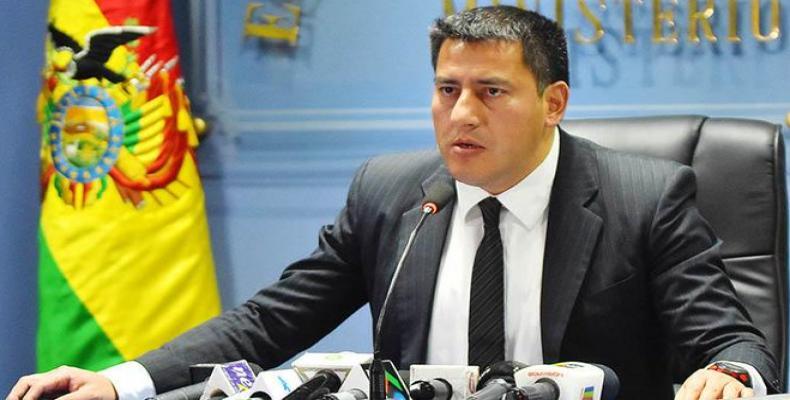 La Paz, November 12 (RHC)-- Bolivian Defense Minister Javier Zavaleta -- who served under the presidency of Evo Morales -- presented his resignation on Monday and denounced violent actions that the mutinous security forces are carrying out.

"Bullets are neither the answer nor the solution to a problem," Zavaleta said and explained that he never ordered the use of military force against the population.  "We never gave an order for our soldiers to wield a weapon against the people... The State we built was a State in which the military defends the Homeland with the people and never against them."

"A political issue is not resolved by increasing the caliber of repression," said Zavaleta addressing one of the leaders of the Bolivian right, former presidential candidate Carlos Mesa.