Greece to shut down overcrowded refugee camps on islands 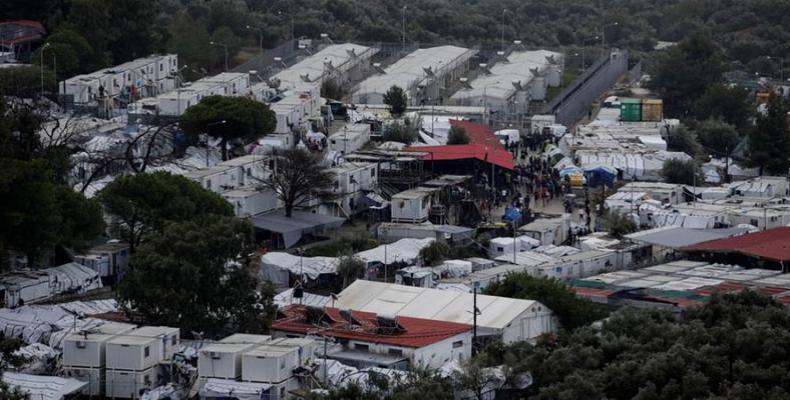 Athens, November 22 (RHC)-- Greece will shut down overcrowded refugee camps on islands facing Turkey and replace them with more restrictive holding facilities, according to officials.

The three centres to be closed -- on the islands of Chios, Samos and Lesbos, including its notorious Moria camp -- currently house about 36,400 people under terrible conditions that have been repeatedly criticised by rights groups and the Council of Europe. They have a nominal capacity of just 4,500.

"Decongesting the islands is a priority at this stage," the government's special coordinator for migration Alkiviadis Stefanis, a former army general and chief of staff, told a news conference on Wednesday.

The Greek government said it would replace the camps with new closed facilities for identification, relocation and deportation with a capacity of at least 5,000 people each.  Smalls camps on the islands of Kos and Leros are also to be remodelled along these lines and enlarged, Stefanis said.

Instead of being allowed to move freely in and out of the camps, asylum seekers will now be locked up until they are granted refugee status and relocated to the mainland, or rejected and sent back to Turkey, officials said.

Greece's new conservative government, which came to power in July, has pledged to relocate thousands of asylum seekers to camps on the mainland by early 2020.  It has already passed a law stiffening asylum requirements for migrants and refugees, and has promised to deploy additional border patrols.

Stefanis also said on Wednesday that new criteria would be issued for the operation of NGOs helping refugees and migrants.  "Only those [NGOs] that meet the requirements will stay and continue to operate in the country," said Stefanis, who is also Greece's deputy defence minister.

The International Organization for Migration last month said that Greece's mainland camps were already nearly full or past capacity.