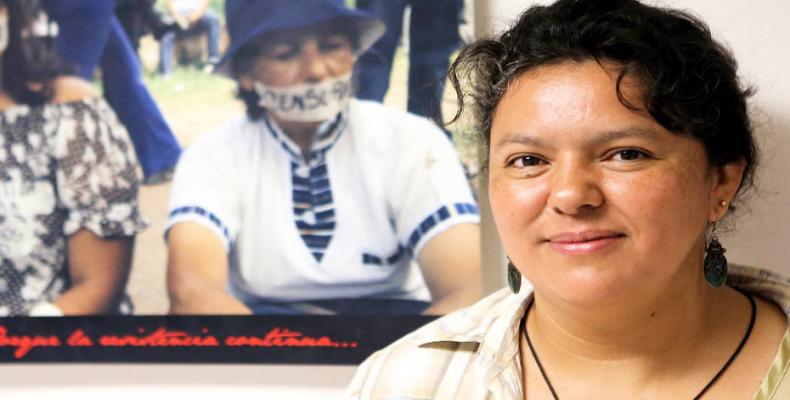 Tegucigalpa, December 3 (RHC)-- Honduras’ Supreme Court of Justice (CSJ) has sentenced seven people to more than 30 years in prison for the murder of Berta Caceres, an internationally recognized environmental activist who was killed at home by a hitman on March 2, 2016.

Four of the material authors were sentenced to 50 years in prison for murdering the Indigenous leader and for attempted homicide against Mexican activist Gustavo Castro.

Caceres' relatives and Honduras' Civic Council of Popular and Indigenous Organizations (Copinh) announced that they will continue their struggle so that no one responsible for her murder remains in impunity.

“Due to the lack of justice in Honduras, an independent mission is required to detect those responsible for the crime and bring them to trial,” the Copinh stated.

The meme reads, "Statement on the Berta Caceres case sentence. The Civic Council of Popular and Indigenous Organizations of Honduras (Copinh). Berta Caceres' daughters and son, accompanied by Copinh, after the first sentence was read."

So far, only the DESA executive president Roberto Castillo has been accused of being one of the intellectual authors of the murder of Caceres, a woman who had denounced firmly the environmental damages that a water-related investment, the "Agua Zarca" energy project, would cause.

Although investigations showed that the crime had been planned, Honduran authorities have not established criminal actions against all intellectual authors, among whom would also be some members of the Atala Zablah clan, who were the Agua Zarca project's main shareholders.

During the judicial process, it was revealed that the investigator Juan Carlos Cruz and former policeman Miguel Rosales presented false evidence to try to distort investigations.