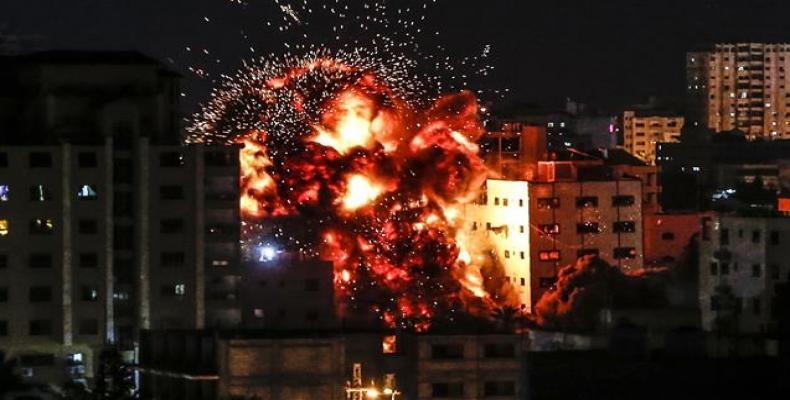 The attacks were reportedly aimed at the positions of the Hamas resistance movement, including its "military complexes," as the Israeli military alleges.  There were no immediate reports of casualties from Gazan authorities as the sites were empty.

Israel claims the raids were carried out in response to an earlier rocket attack from Gaza toward the city of Ashkelon in the occupied territories on Wednesday night.  This has reportedly cut short a rally by Prime Minister Benjamin Netanyahu who was campaigning for the upcoming Likud leadership primary there.

Israeli media report that the prime minister was forced to halt his campaign event and evacuate to a bomb shelter along with dozens of his supporters in the room.

This was the second time since September that Netanyahu had to be evacuated as a result of rocket fire from Gaza during a campaign event in the south.

Gaza has been under Israeli siege since June 2007.  Israel has waged three wars against Gaza, where two million Palestinians live under a 12-year Israeli blockade.  Thousands of Gazans have been killed in each of these deadly wars.