U.S. secretary of commerce sees the coronavirus outbreak as a money-making opportunity 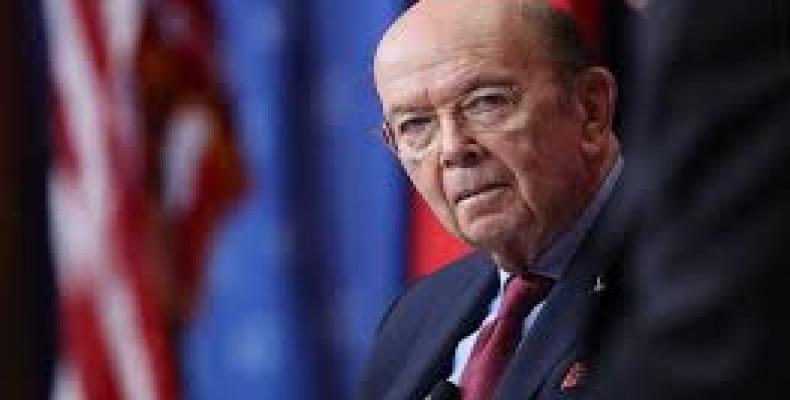 Washington, January 30 (RHC)-- U.S. Secretary of Commerce Wilbur Ross made a controversial statement on Fox News, saying that he sees the coronavirus as a good business opportunity for the United States.  The virus has killed nearly 200 people and infected more than 7,000 more as it threatens to become a global pandemic.

Asked by a reporter on Fox News if the new coronavirus puts economic growth at risk, Ross responded by offering thoughts and prayers to those directly affected, before saying: “I don’t want to talk about a victory lap over a very unfortunate, very malignant disease.”  But he then proceeded to take a victory lap by making a case that the outbreak might present a moneymaking opportunity in the United States.

“The fact is, it does give business yet another thing to consider when they go through their review of their supply chain,” said Ross.  “It’s another risk factor that people need to take into account.  So I think it will help to accelerate the return of jobs to North America.”

But, according to experts, Ross’s economic analysis is dubious at best.  SARS, for instance, wiped nearly $40 billion off world markets in 2002 and 2003, and the new coronavirus has already infected more people in China than SARS did.  A similar global slump would undoubtedly negatively impact the United States, even if it isn’t hit as hard as other countries, much like Trump’s trade war with China has.

An economic evaluation of Ross’s claim is ultimately beside the point.  What matters is that a top Trump administration official barely hesitated before reducing a global outbreak that has already killed nearly 200 humans and could kill thousands more to a business opportunity.  In that way, Ross’s comments represent a distillation of the zero-sum worldview Trump has repeatedly articulated about how what’s bad for China is good for the United States.

Ross has a penchant for putting his foot in his mouth.  Almost exactly one year ago, he generated similarly negative headlines for the administration when he downplayed the impact of the then-ongoing government shutdown by going on CNBC and suggesting affected workers should go further in debt to make ends meet.  “The 30 days of pay that some people will be out, there’s no real reason why they shouldn’t be able to get a loan against it,” Ross said.