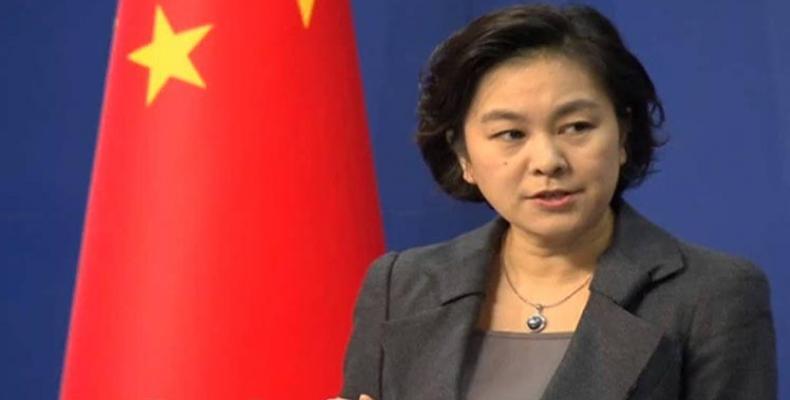 Beijing, February 4 (RHC)-- China has accused the United States of creating panic across the world over the fast-spreading coronavirus, which has caused over 360 deaths since early January.

According to the Chinese Foreign Ministry, the U.S. has caused fears over the spread of the virus by imposing travel restrictions and evacuations from China.

In particular, China accused the United States of spreading fear by pulling its nationals out and restricting travel instead of offering significant aid.  This move by the U.S. comes just weeks after the two countries reached an historical trade agreement.

Washington has “unceasingly manufactured and spread panic,” Chinese Foreign Ministry spokeswoman Hua Chunying told reporters, noting that the WHO had advised against trade and travel curbs.

“It is precisely developed countries like the United States with strong epidemic prevention capabilities and facilities that have taken the lead in imposing excessive restrictions contrary to WHO recommendations,” she added, saying countries should make reasonable, calm and science-based judgements.

WHO Director-General Tedros Adhanom Ghebreyesus, speaking in Geneva, again said travel bans were unnecessary.  “There is no reason for measures that unnecessarily interfere with international travel and trade,” he told the WHO’s Executive Board.  “We call on all countries to implement decisions that are evidence-based and consistent.”

Li said China had shared information about the virus with self-ruled Taiwan, which China claims as sovereign territory, but he criticised the Taiwanese authorities for what he described as their “lies and excuses” for not attending WHO meetings.

The death toll in China from the newly identified virus, which emerged in Wuhan, capital of the central province of Hubei, rose to 361 as of Sunday, up 57 from the previous day, the National Health Commission said.

The World Health Organization (WHO) last week declared the flu-like virus a global emergency and it has since spread to 23 other countries and regions, with the first death outside of China reported on Sunday, that of a 44-year-old Chinese man who died in the Philippines after travelling from Wuhan.

Wuhan and some other cities remain in virtual lockdown with travel severely restricted, and China is facing increasing international isolation.