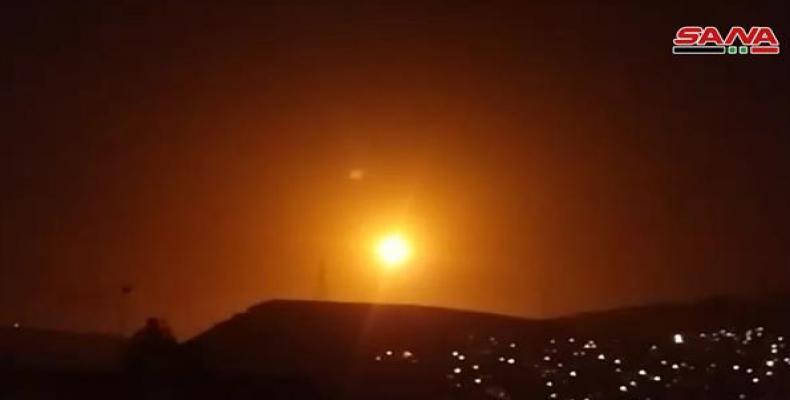 Syria's official news agency SANA reported that the air defense system shot down most of the Israeli missiles before they reached their targets in the early hours of Thursday.  “Our air defenses confronted an Israeli attack” west of Damascus, the report said.

The missiles were launched early Thursday from the occupied Syrian Golan and southern Lebanon targeting al-Kiswa area, Marj al-Sultan, Baghdad Bridge and South of Izraa.  SANA did not further elaborate on the possible targets and casualties of the attack, but the London-based Syrian Observatory for Human Rights (SOHR) claims three government positions near Damascus and west of the capital had been targeted, and that a fire broke out in one of the areas.

Israel frequently attacks military targets inside Syria in what is considered as an attempt to prop up Takfiri terrorist groups that have been suffering heavy defeats against Syrian government forces.