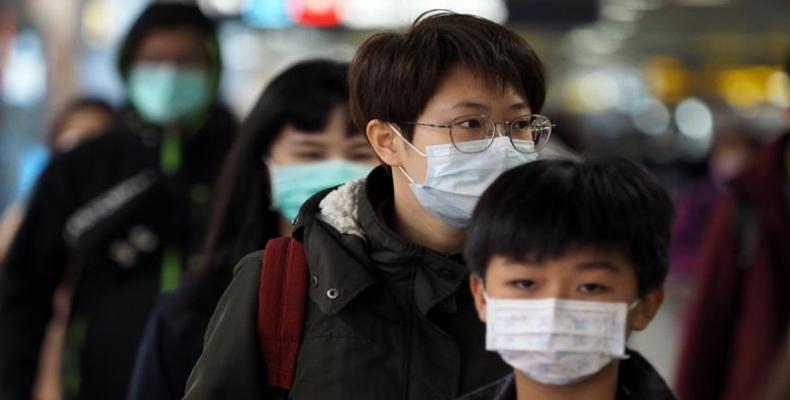 Beijing, February 7 (RHC)-- Chinese President Xi Jinping has urged U.S. President Donald Trump to respond “reasonably” to the coronavirus outbreak, saying Beijing is doing all it can to contain the epidemic.

In a phone conversation with his U.S. counterpart on Friday, Xi said China was "fully confident and capable of defeating the epidemic."  He said "the long-term trend of China's economic development for the better will not change" under the brunt of the epidemic, Chinese national broadcaster CCTV reported.

Xi called the fight to contain the new coronavirus a "people's war," saying China has implemented "nationwide mobilization, comprehensive deployment and rapid response" along with "the strictest prevention and control measures" against the virus.

Xi’s comments came after China accused the United States of spreading fear over the epidemic by pulling Americans out of the Asian country and enforcing travel restrictions instead of providing aid to Beijing in curbing the killer infection.

The U.S. was the first country that began pulling its nationals from China, issued a travel warning against going to the Asian country, and barred entry to foreigners who had recently been there.

Many international officials, however, have hailed the Asian giant's efforts to contain the epidemic.  Argentinean Health Minister Gines Gonzalez Garcia said China's response to the epidemic was prompt and the prevention and control measures were appropriate.

"I think China is taking correct prevention and control measures.  We thank the Chinese government for its actions.  We oppose all kinds of discrimination, and we fully support China," said Garcia.

Sazaly Abu Bakar, a senior professor at the Tropical Infectious Diseases Research and Education Center at University of Malaya, also spoke highly of China's efforts in timely reporting and sharing the information about the virus.

Bakar who is also the director of the WHO Collaborating Center for Arbovirus Reference and Research showed his support for the Chinese government's decisive measures to deal with the epidemic.

Earlier this week, Iran’s Foreign Minister Mohammad Javad Zarif praised China for taking “successful” measures to contain the outbreak and denounced US attempts to exploit the health crisis.  Zarif told his Chinese counterpart Wang Yi that Iran was willing to work together with China to combat the epidemic caused by the coronavirus.

“China is obviously more responsible and successful than the United States in preventing and controlling (the) H1N1 flu in 2009,” he said.

Wang, for his part, thanked Tehran for supporting Beijing in fighting the epidemic, hailing Zarif as the first foreign minister publicly backing China.