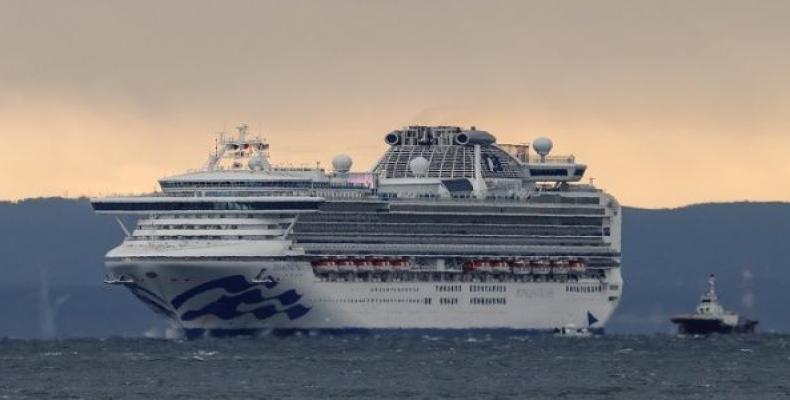 Tokyo, February 9 (RHC)-- Japanese authorities have reported the first case of a Latin American diagnosed with the new coronavirus that has been announced so far -- an Argentinean passenger on the "Diamond Princess" cruise ship, quarantined off the coast of Japan.

The vessel had reported already that other 41 tourists had contracted the pathogen from different nationalities: 21 Japanese, eight Americans, five Australians, five Canadians and a British citizen.

Japanese authorities declared a quarantine on the ship in which 3,711 people of 56 different nationalities traveled, most of them Japanese.  The luxury cruiser docked at Yokohama on Thursday to refresh for a quarantine that could last until February 19th.

Twenty people who'd tested positive were evacuated from the ship.  One of them is in serious condition, the Health Ministry announced Friday without going into details.  "The Japanese government is also providing our ship and crew members with additional support in various tasks," a spokeswoman for Princess Cruises said in a statement Thursday night.

"During the rest of the time onboard, guests will continue to be provided with internet service and courtesy phones to keep in touch with their families and loved ones," he said.  "Also, we have added additional live TV channels and a large selection of in-room movies available in several languages," he said.