Strong protests in Chile against return of Santiago's mayor 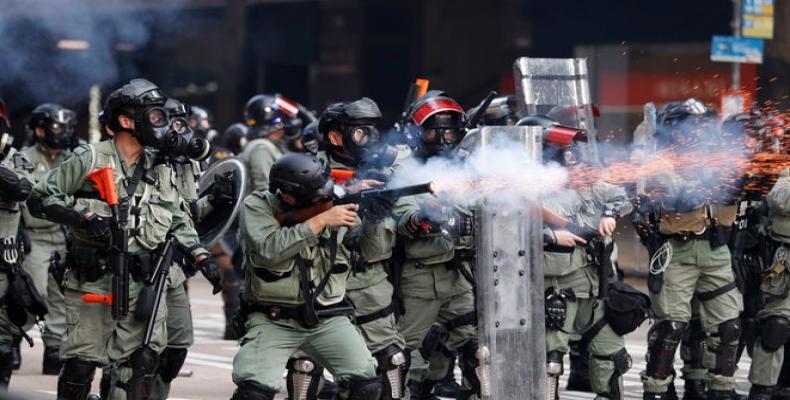 Santiago de Chile, February 9 (RHC)-- Thousands have gathered at Dignity Square in Santiago de Chile to reject a recent decision of the Chilean Senate, which did not dismiss Santiago Metropolitan Mayor Felipe Guevara, a right-wing politician who had been provisionally removed from office as a result of legal charges against him.

Dozens of military police entered the iconic square to try to disperse thousands of citizens who were protesting against President Sebastian Piñera and the Chilean political class.  Supported by armored cars launching water cannons, the security forces fired pellets and tear bombs against civilians who tried to defend themselves with what they could find at hand.  The repressive actions, however, were unsuccessful.

After almost half an hour of hard attacks on young people, whom are fondly referred to as "the first liners" of the struggle, the military police had to retreat.  Dignity Square was occupied again by Chileans shouting "The united people will never be defeated."

In January, leftist lawmakers filed a constitutional lawsuit against Mayor Guevara and pointed out that his "security policies" had generated notorious and verifiable human rights violations, including the deaths of two people.

On February 4th, however, right-wing senators managed to reject the possibility of Guevara being removed from office, a decision that President Piñera praised because he believes the Santiago mayor was fulfilling his duty "to protect public order and public safety."

On Saturday, the National Institute of Human Rights (INDH) reported that 869 police beatings against civilians have been documented since protests against the Chilean neoliberal model began in October.