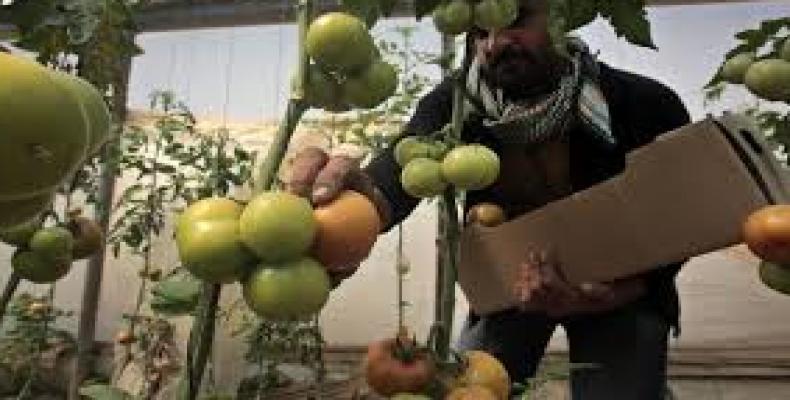 Ramallah, February 10 (RHC)-- Israel has escalated a trade war with the Palestinians by blocking their exports to world markets through Jordan, Palestinian Agriculture Minister Riyal al-Attari says.  Attari told Voice of Palestine Radio over the weekend that the director of the occupied territories' crossings had informed all exporters and all relevant parties that all Palestinian agriculture products would be banned from export to world markets through the Jordanian crossing.

While the Tel Aviv regime's ban on the export of Palestinian produce was supposed to start on Sunday, the Palestinian Authority's Ministry of Economy said in a statement carried by Wafa that several trucks filled with Palestinian agricultural products had already been turned back by Israeli authorities at crossings with Jordan.

The only crossing between the occupied West Bank and Jordan is manned by Israeli forces, which control the entry and exit of people and goods into the occupied Palestinian territory.

The new ban includes olive oil, dates and medicinal herbs. Palestinians export around 60 agriculture products to 100 markets around the world.  The move came after the PA earlier this week announced it was banning a number of Israeli products from entering the Palestinian market, itself in reaction to the decision by Israeli Defense Minister Naftali Bennett on January 31st to halt the import of West Bank products into Israel.