Argentina in post-Brexit push to regain sovereignty over Las Malvinas 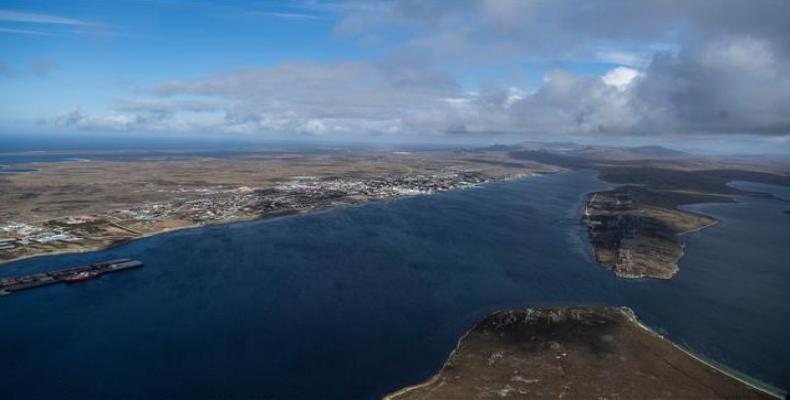 Buenos Aires, February 13 (RHC)-- After a period of relative inactivity, Argentina has renewed diplomatic and political efforts to win back the occupied Islas Malvinas (Malvinas Islands) from the UK.  Argentina has targeted an international sporting event and is exerting pressure on the so-called Falkland Islands badminton team to play under the authentic name of Islas Malvinas.

The Badminton Pan Am Male & Female Cup 2020 is underway in Salvador, the capital of Brazilian state Bahia.  The so-called Falkland Islands team is set to play in the competition’s female cup only.  The competition is sufficiently prestigious to be approved by the Badminton World Federation.

The UK has occupied the archipelago in the South Atlantic Ocean since 1833 and calls it the Falkland Islands.  The chain of islands is only 300 miles away from Argentina’s coast and the Argentinean government has periodically stepped up efforts to regain sovereignty.

Argentina and the UK fought a 10-week war over the archipelago in April-June 1982, with the UK eventually prevailing with the help of its allies, notably Chile, which at the time was deeply hostile to Argentina.  The United States also sided with Britain in the war over the islands.

In 2014, more than three decades after the conflict, leading British military official Sidney Edwards, who had been dispatched to Chile to secure the Pinochet regime’s support, admitted that “without Chile's help, we would have lost the Falklands.”

Argentina has reportedly written to the president of the Brazilian Badminton Confederation, protesting at the team’s participation under an inauthentic name.  "The Argentinean government wishes to express its rejection and concern about the participation of the Falkland Islands team in the tournament, as a separate entity from the Argentinean Republic and identified with an illegitimate flag."

Argentina claims that the presence of the team “implies the presentation of the Falkland Islands to third parties as being an entity differentiated from the Argentine Republic".

The unexpected move by Argentina is being seen as a renewed push to wrest diplomatic initiative away from the Britain.